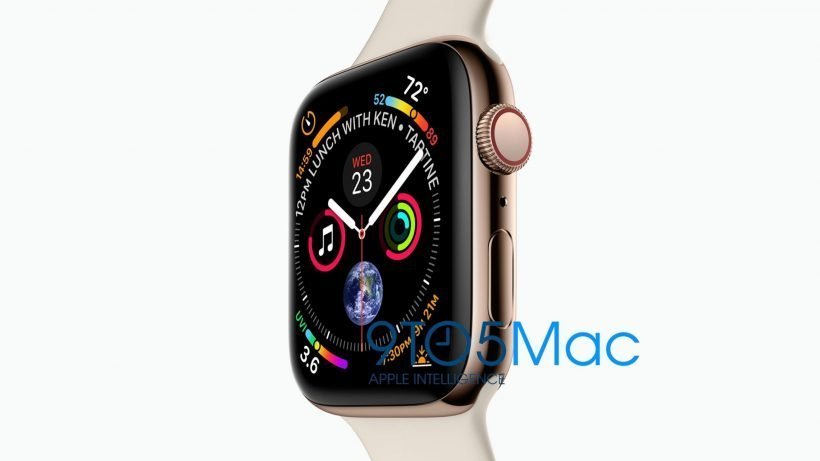 After discovering the iPhone XS in its official images, 9to5Mac has now posted the first official image of the Apple Watch Series 4. And yes, It is coinciding with what we’ve been expecting from Series 4.

The new Apple Watch, as expected, has a larger screen size than the previous generation wearables, with reduced bezels and an edge-to-edge screen. The display in Series 4 is nearly 15 percent larger for both sizes. As we can see in the image, the analog watch face is loaded with much more information on the screen, making use of the larger display. What’s new in here is a new hole between the Digital Crown and power button, which could possibly be a better microphone enhancement.

More details will be revealed on September 12 at the Steve Jobs Theater in Cupertino, California. Stay tuned as we inch closer to the big day on September 12.