Apple today announced the iPhone Xs and iPhone Xs Max, the most advanced iPhones ever. The devices, as the name suggests, are the successor to last year’s iPhone X, with a whole lot of improvements and surprises in the box.

Why Max? Well, that’s what comes after Plus in Cupertino. 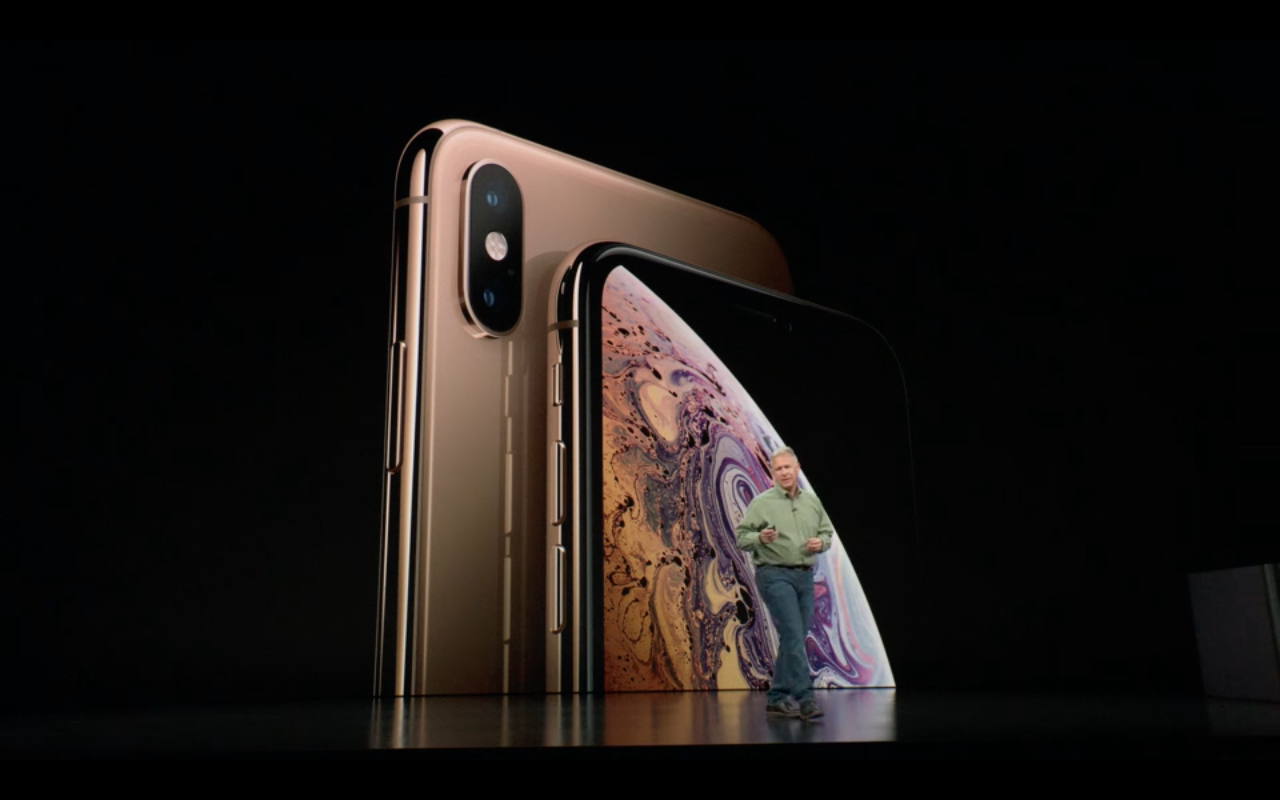 The new flagship iPhone Xs line-up is powered by A12 Bionic chipset. Apple says the A12 Bionic is designed specifically for the iPhone Xs, and pushes the bar way further than A11 Bionic. One of the many features of A12 Bionic is that it’s the mobile industry’s first 7nm chip on a phone. Thanks to the new Neural Engine, real-time machine learning is now on-the-fly.

The iPhone Xs family sports a dual-camera setup that’s tweaked to take things even further, making use of Core ML for Augmented Reality. Apple also demoed how Apps like The Elder Scrolls: Blades and HomeCourt are making use of the new camera configuration.

The 12-megapixel wide-angle lens and 12-megapixel telephoto lens are paired with an improved set of True Tone LED flash, with all new lenses inside. Apple also introduced Smart HDR, which performs a ton of image processing with different conditions on-the-fly, as “a new era for photography.”

For a real surprise that hasn’t happened ever before, Apple has included Dual SIM support for the iPhone Xs and iPhone Xs Max. One iPhone, two networks. And you don’t even require a physical SIM, provided your carrier supports Apple’s eSIM feature that lets you pick a wireless service and plan directly from the device. 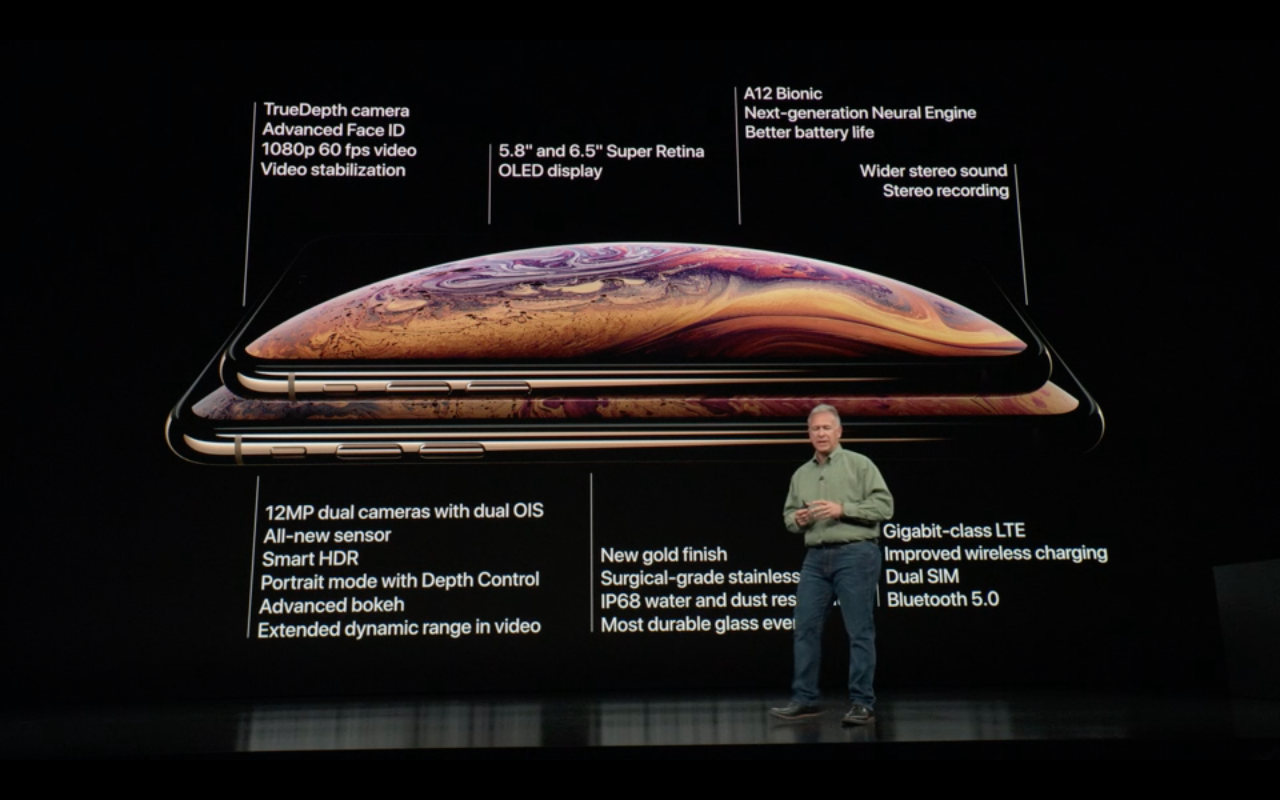 The new iPhone Xs come in 64GB, 256GB, and 512GB variants, in Space Gray, Silver and Gold finishes. This is the first time Apple is offering gold finish for an edge-to-edge iPhone.

The iPhone Xs starts at $999, with an additional $100 for the iPhone Xs Max. Pre-orders open later this week, and worldwide sales commence on September 21.

This is Apple’s colorful iPhone XR