Apple today announced the Apple Watch Series 4 during its special event keynote at the Steve Jobs Theater. The new Apple Watch comes with a larger display and some industry-first offerings.

Apple Watch Series 4 has a larger display and smaller bezel, which is more than 30 percent in screen than previous models, while maintaining the same compact design. It’s a huge design accomplishment since the wearable was announced three years ago. The Series 4 will be offered in 40mm and 44mm sizes, moving away from the Watch’s initial 38mm and 42mm sizes. 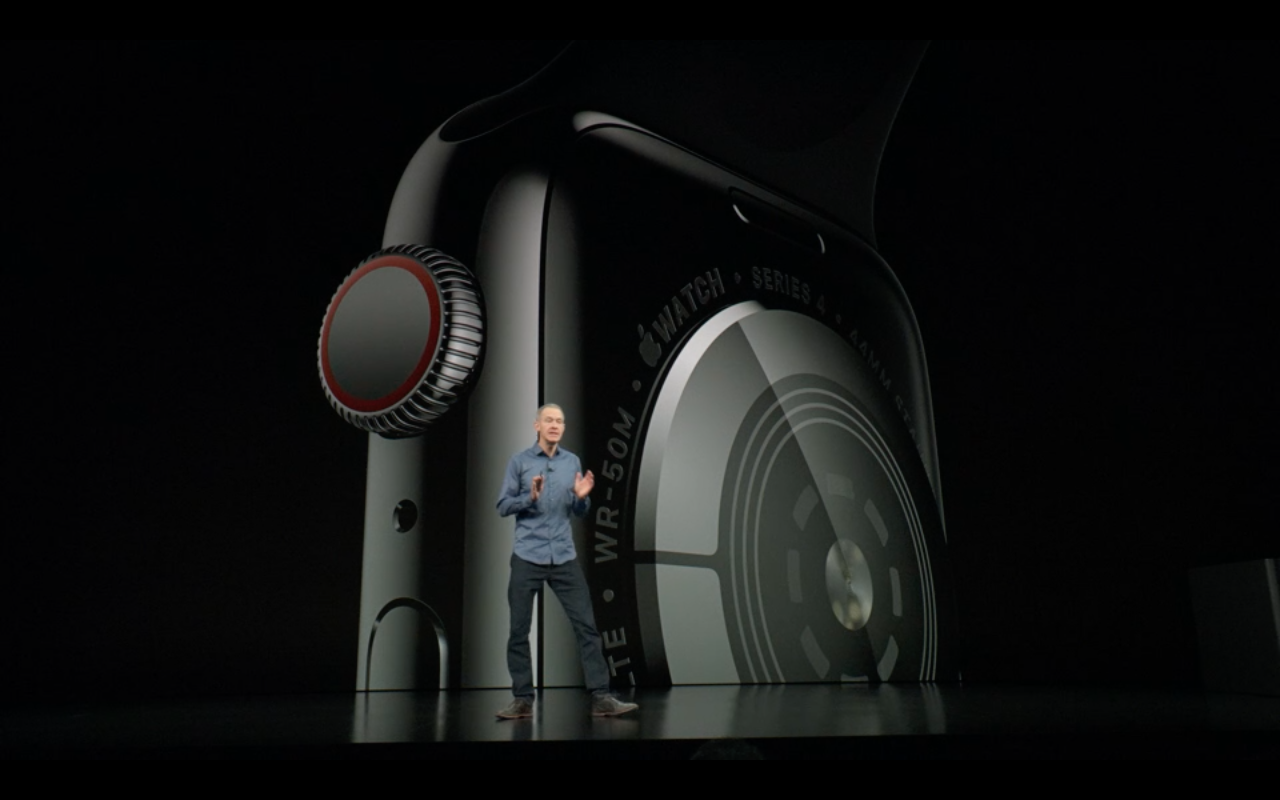 The back of the fourth-generation Apple Watch is made of black ceramic and sapphire glass, which isn’t just durable but also allows radio waves to easily pass through for better cellular service. The Digital Crown is no longer just a button; it now supports haptic feedback, too.

Under that glassy surface, powering the wearable is Apple’s S4 chip with a custom 64-bit dual-core processor. The next-generation S4 chip delivers twice the performance while maintaining the same all-day battery life. 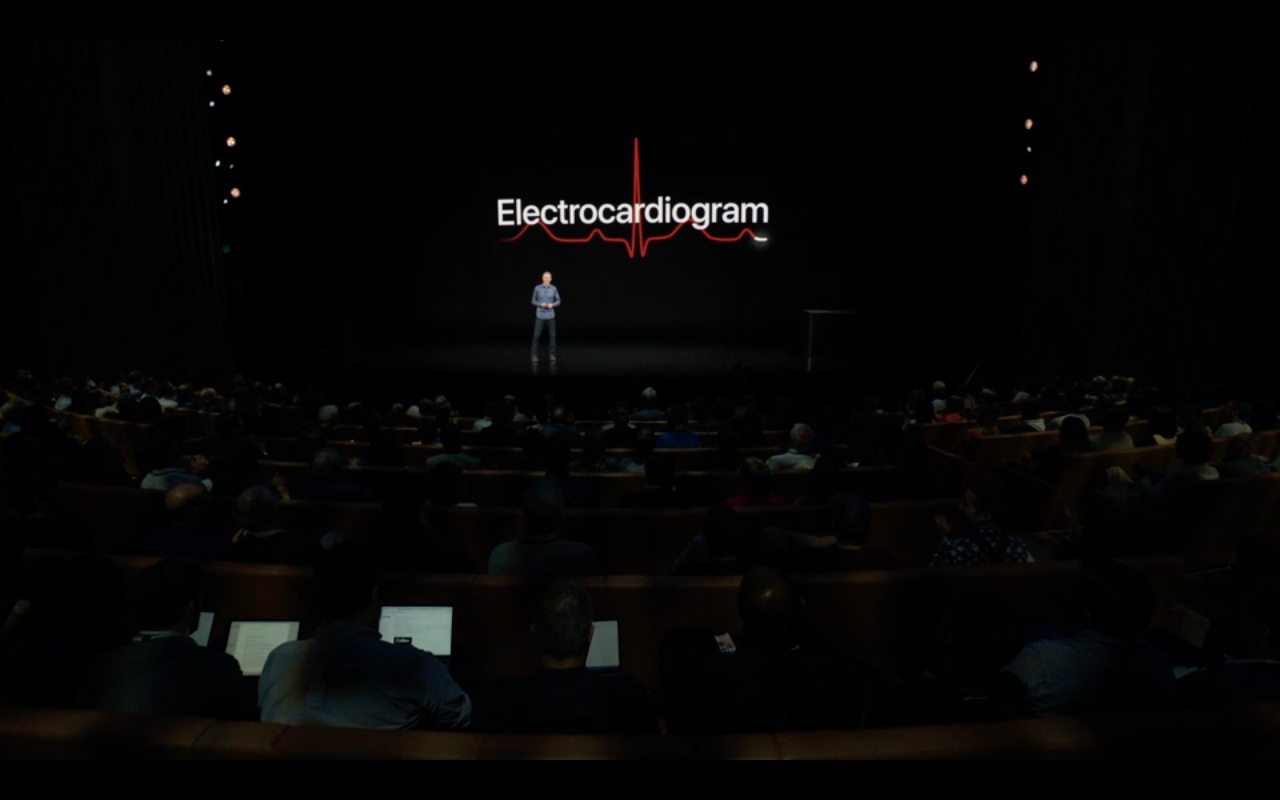 Now the most exciting feature of all — Apple Watch Series 4’s new health feature — the ability to take electrocardiogram (ECG) right from the wrist. This is done using the new ECG app that’s in watchOS 5 on Series 4. The electrodes in the Digital Crown work with the new electrical heart rate sensor in the back glass to provide an ECG reading in 30 seconds. All you have to do is place your finger on the Digital Crown, and your heart rhythm classification is there in just 30 seconds. Yes, that’s FDA-approved across the US. 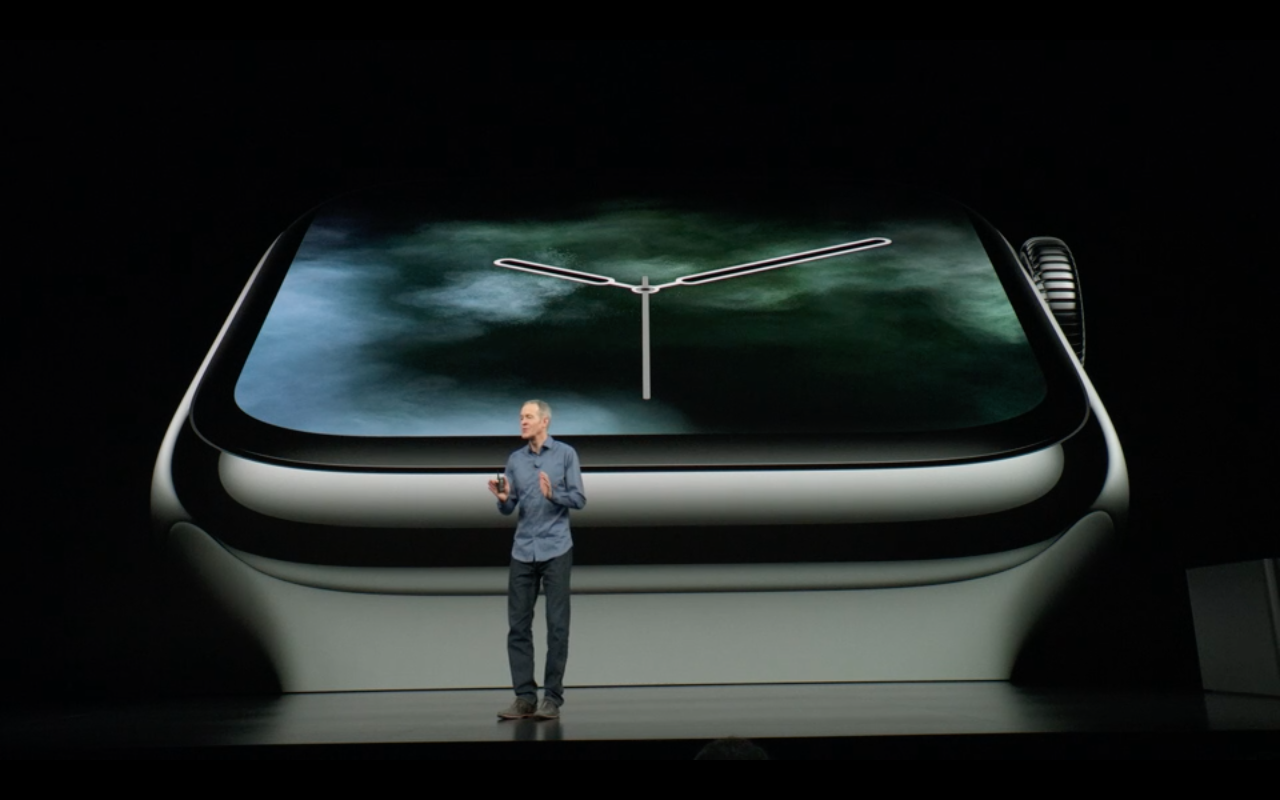 And the new accelerometer and gyroscope pairs along with custom algorithms can now perform fall detection as well. While the new sensors are not just limited to fall detection and operating SOS feature in emergency, these units also contribute to understanding a variety of other fitness activities. Apple Watch Series 4 ships with watchOS 5, which arrives in the public on September 17.

The new Apple Watch Series 4 comes in three different finishes: Space Gray, Silver, and Gold. Yes, there are Nike and Hermès edition bands available. You can pre-order the Apple Watch Series 4 later this week before it’s available to purchase on Friday, September 21 in the US. Pricing starts at $399 for the GPS variant, and an additional $100 for the cellular.