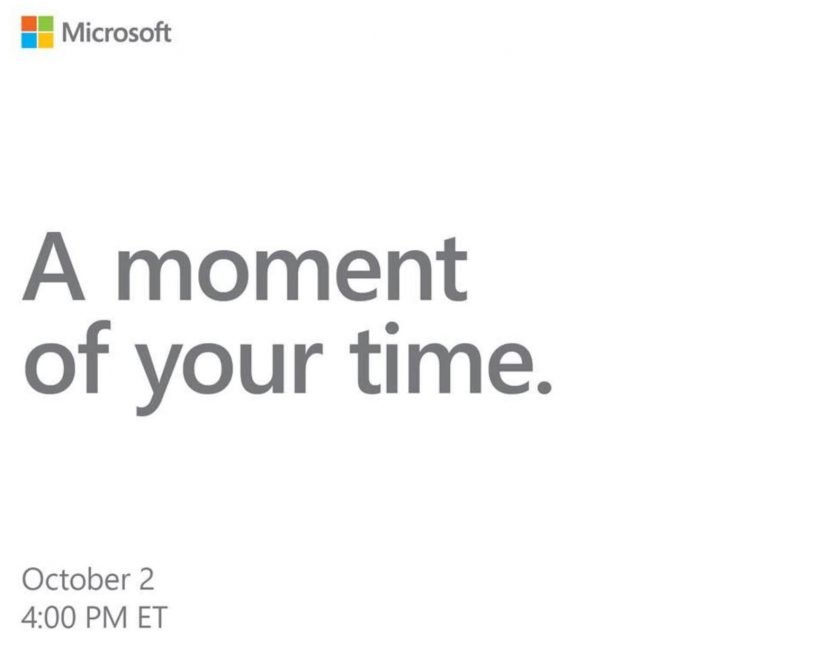 Microsoft has announced its Surface event for October 2 in New York City. The press event will begin at 1pm Pacific Time, focusing on the company’s latest hardware and software releases.

Microsoft will likely showcase its updated Surface line of products during the event, though the invite doesn’t hint anything in particular. “A moment of your time,” reads the invite.

It’s been quite a long — two years in number — since we’ve had any major Surface Studio announcement coming to us, which also aids toward major spec bump for existing Surface hardwares. Not to mention, Microsoft can surprise us with new software releases, too.

Microsoft’s Surface event is being held a couple weeks after Apple’s iPhone event, and a week before Google’s Pixel event. All that leads to an exciting month ahead!

MicrosoftMicrosoft EventMicrosoft Surface
Up Next