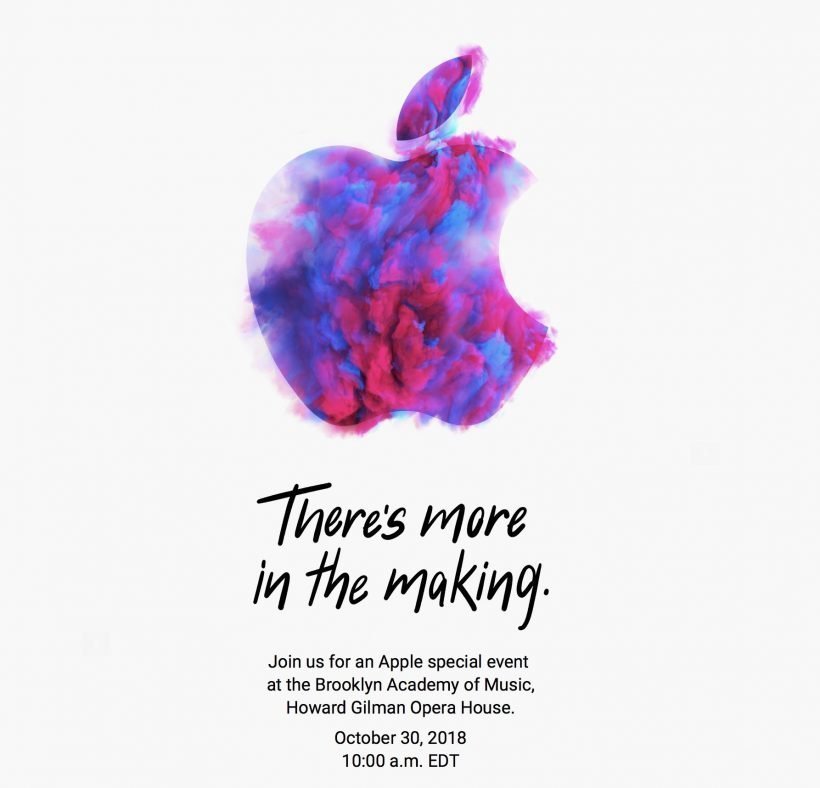 Apple today sent out invites to the media for a Special Event on Tuesday, October 30. Surprisingly enough, the event will take place at the Howard Gilman Opera House in Brooklyn, New York instead of the Steve Jobs Theater in Apple Park, where Apple unveiled the iPhone Xs and iPhone XR last month.

The Special Event invite reads “There’s more in the making,” and doesn’t come in one single design teaser like past Apple event invites. Apple has used a slew of unique designs for the invite, which makes it no easy to decode or guess what in particular is in the making. Following the leaks and rumors that have been suggesting this event for some time now, however, we’re very likely to witness new iPad Pro and Mac hardware updates at the event.

Some of the Apple logos on the October 30th event invites. Some really cool ones in here. pic.twitter.com/vOMiMERDmS

Apple is expected to bring Face ID on the iPad Pro with slimmer bezels and larger display. This will be the first time we’ll see Face ID on a device that’s not an iPhone. The company is also rumored to ditch Lightning port in favor of USB Type-C, which I still don’t think could be the case (but it should be).

Apple’s October Special Event is also for customers who’ve been waiting for an upgrade to the MacBook Air. As Bloomberg reported in August, the new MacBook Air will have slimmer bezels and a high-resolution Retina display to fit for Apple’s low-cost MacBook Air. That’s not all…! We could also see an upgraded Mac mini at the event, which will be targeted at power users.

Also, there are some chances that Apple will talk about the Apple Watch Series 4’s ECG app and the long-forgotten AirPower wireless charging mat that’s supposed to ship later this year. Yes, it’s been more than a year since Apple announced the AirPower charging mat.

Apple Special Event will be live streamed on Apple Events page so tune in at 10am ET on Tuesday, October 30 to watch the keynote live from New York. Stay tuned!