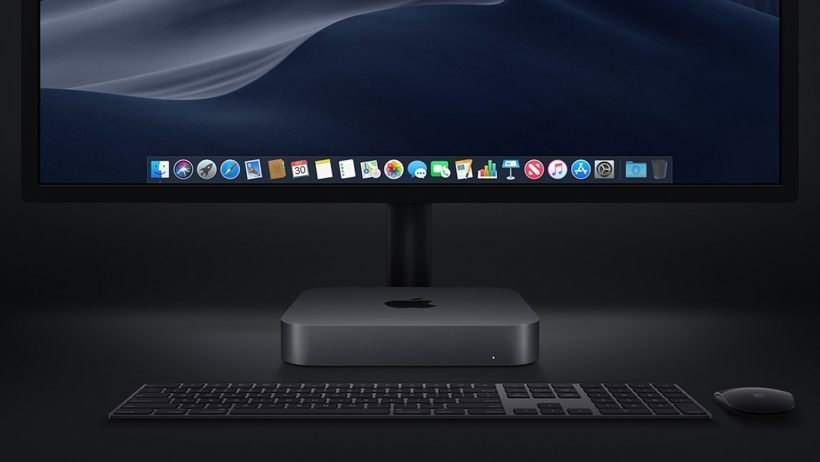 Apple introduced the 2018 Mac mini at its Special Event in New York today. The company took the wraps off the new Mac mini after announcing the new MacBook Air first.

One of the reasons why the new Mac mini is a look forward is that it’s the first update to the “small but mighty” computer in over four years of time. Apple didn’t mention that but we all know. It’s actually what many Mac users were asking for. And now they have it.

Likewise the new MacBook Air, the new Mac mini has a redesigned enclosure that’s built from 100 percent recycled aluminum and recycled plastic. The mini is now up to 50 percent more environment-friendly than its predecessor.

Mac mini is loved by customers for its ability to be used in incredibly diverse environments — from casual desktop use, to live professional performances, to multiple Mac mini computers powering through video renderings and compiling software code, to racks of thousands in giant app build farms — anywhere a small-but-mighty Mac is needed to get the job done,” said Philip Schiller, Apple’s senior vice president of Worldwide Marketing.

Powering the new Mac mini is Intel’s eighth-generation CPU, which Apples claims to have made the computer up to 5 times faster than the predecessor. The base model of Mac mini features a quad-core 3.6GHz Intel Core i7 processor with 16GB of RAM and 128GB of all-flash storage. For more memory down the lane, users can later upgrade as well.

However, users can upgrade the hardware in the Mac mini to a hexa-core 3.2GHz Intel Core i7 chipset with up to 64GB of RAM and 2TB of storage.

Apple doesn’t want to see a family of ports on the MacBook lineup, however, it does on the Mac mini at least. Instead of axing as many I/O ports as possible in favour of Thunderbolt 3, the Mac mini supports all the I/O ports that you’d want to use on a computer. Including a headphone jack. Not to forget the security measures that Apple is offering through its enhanced T2 security chip. Secure boot process and SSD encryption is handled by T2 on board.

The new Mac mini will start at just $799 for the base configuration, while the specs bump will naturally cost you higher. Pre-orders are open now, and shipping starts November 7.

Apple Pay is set to launch in Germany