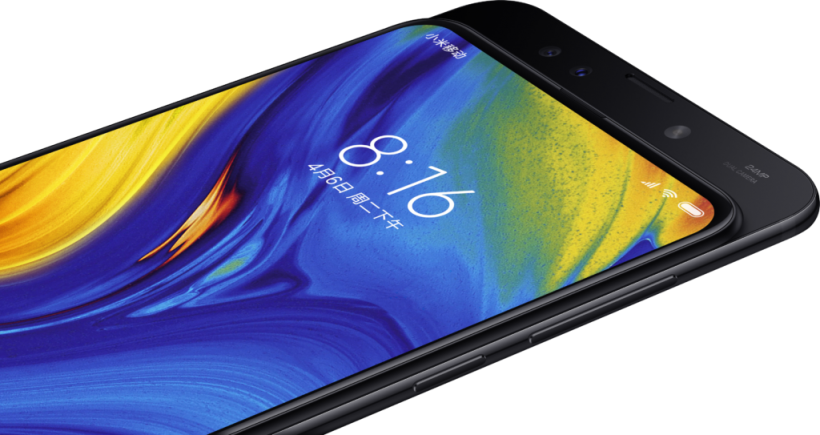 Xiaomi today unveiled its latest all-screen flagship — the Mi Mix 3 — in China. The Mix series from Xiaomi is an early adopter of the bezel-less smartphone design without the now-ubiquitous notch. And today’s release takes it even further!

The Mi Mix 3, unlike its predecessor, has no front-facing camera at the bottom chin of the display. Instead, the handset has the camera configuration beneath the screen backed by a sliding mechanism, which Xiaomi claims to have a life expectancy of 300,000 cycles. Since there’s no camera at the bottom, the chin size is now reduced by nearly 4.5mm to gain a 93.4% screen-to-body ratio.

The Mix 3’s slider is fully customizable. It can be configured to answer calls or launch different functions. You can also access screen capture, screen recorder, or hide notifications during gaming sessions.

The mechanized sliding panel hides a 24-megapixel selfie camera that’s accompanied by a 2-megapixel sensor for depth of field control. While the rear has the 12-megapixel wide-angle and telephoto modules with OIS, portrait mode, and AI features. This is the first time Xiaomi is bringing dual camera setup on the front in the Mix series.

Speaking of tech specs, the Mi Mix 3 has a 6.39-inch AMOLED panel with a 19.5:9 aspect ratio at 2340 x 1080 resolution. Like most 2018 Android flagships, the Mix 3 equips a Qualcomm Snapdragon 845 chipset, but what’s raising the bar here is the 10GB RAM that Xiaomi is offering. There are 6GB and 8GB variants available as well. Xiaomi will launch a 5G compatible Mi Mix 3 in Europe early next year.