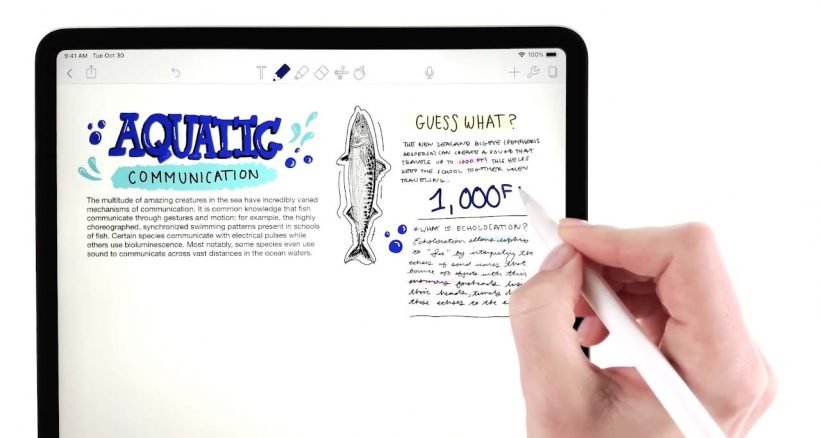 Apple has posted a series of iPad Pro videos on YouTube. The videos offer a look at how you can use an iPad Pro to perform various tasks that would have required a computer. One such task is creating a presentation.

Of course, there are four more videos that highlight most of iPad Pro’s productivity features, for instance, using the USB Type-C port to connect to an external mic for podcasting. There’s also a walkthrough on using Apple’s augmented reality feature for home decor on an iPad Pro.

The video titles, which start with “A new way to,” suggest it’s the first batch of this marketing campaign for iPad Pro. These iPad Pro videos are mostly tutorial-style, highlighting the product feature with a quick demo in a little over one-minute-long videos. We’ve embedded the video playlist right after the break…

Apple launched the new iPad Pro in 11-inch and 12.9-inch models last October in New York, with some most-awaited features such as USB Type-C support and Apple Pencil 2. Pricing starts at $799 for the 11-inch iPad and $999 for the larger 12.9-inch iPad Pro. With Apple positioning the new iPad Pro as a laptop replacement, we’re likely to see more tutorial-style videos for the iPad Pro in the days ahead.

OnePlus 6T to launch in Nepal on November 11