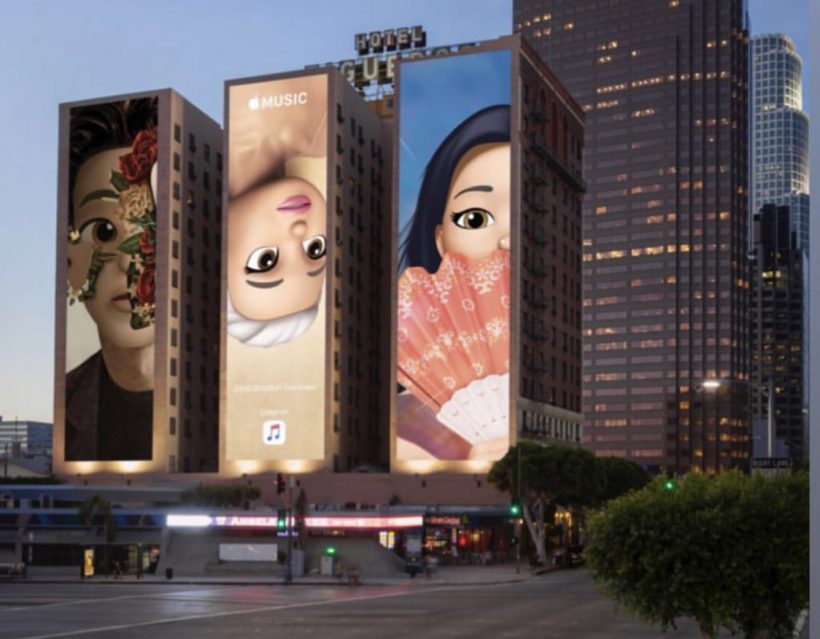 Apple has put up huge billboards around the city of Los Angeles ahead of the 61st annual Grammy Awards. The billboards, from what we can see, is an Apple Music marketing campaign featuring Memoji characters of this year’s Grammy nominees.

One entire plane of the Hotel Figueroa in Los Angeles is covered with Apple Music billboard. The billboard features the Memoji characters of Shawn Mendes, Ariane Grande, and country singer Kacey Musgraves. Mendes and Grande are nominated for best pop vocal album, while Musgraves is up for album of the year.

This is not the first time Apple is using Memoji in its advertising campaign; in fact, the trend is floating over past several months. If you’re under the rock, a Memoji character is a customizable Animoji that looks (or is supposed to look) just like you. The Memoji feature debuted alongside iOS 12 last year, and is available on iOS devices with a TrueDepth camera hardware.

The 61st annual Grammy Awards will take place on February 10 next week at the Staples Center in Los Angeles. We’ll have to wait until then to find out who bags the best pop vocal album award, meanwhile look out for more Apple Music billboards.