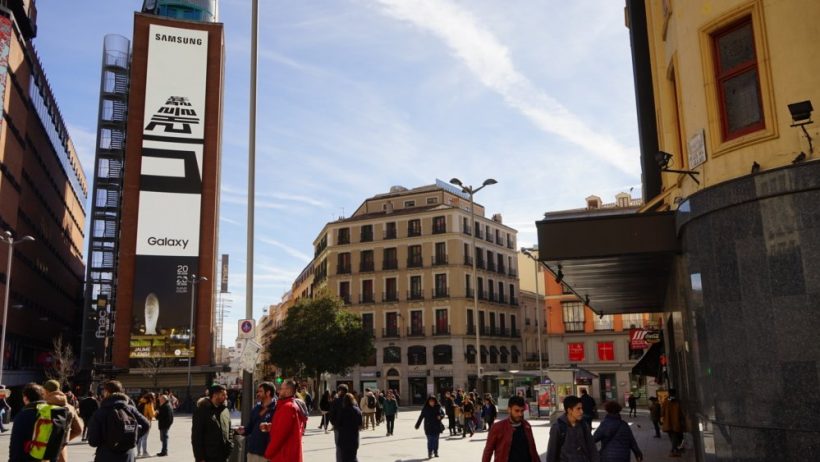 Samsung is continuing to tease its upcoming foldable smartphone in the physical world ahead of launch. The company has been posting pictures and videos highlighting the foldable screen on the S10 over the social media recently. And now it has taken the promotions on billboards in more cities around the world.

The billboards are placed at iconic landmarks over the world and showcase the beautiful Korean letters, Hangeul in a dynamic and bold way. The letters in billboards translate to “The future unfolds,” which we will find out at Galaxy Unpacked 2019 in San Francisco next week.

Images of the billboards at New York’s Times Square, Milan’s del Duomo, Madrid’s Callao Square, Moscow’s Building and Singapore’s The Heeren are posted after the break, take a look.

Apple’s Health Records on iPhone coming to US veterans