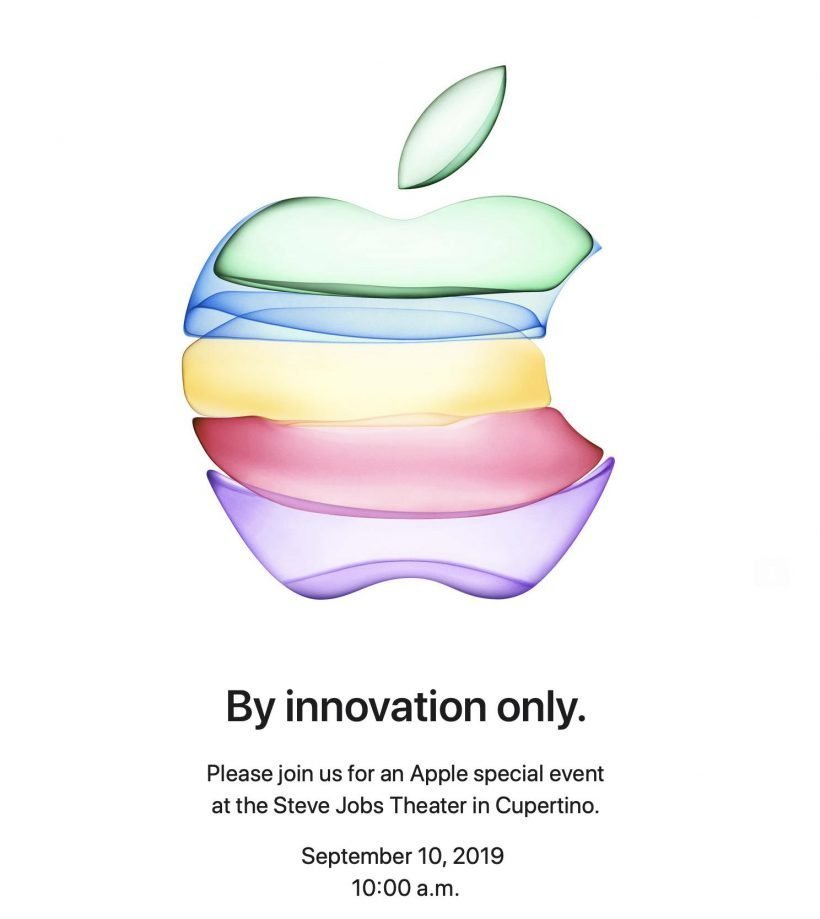 Apple today sent out invites for a special event on September 10, where the company is likely to announce new iPhones. The event will begin at 10am Pacific Time at Apple Park’s Steve Jobs Theater in Cupertino.

The invite tagline says “By Innovation Only,” which isn’t sufficient to describe a specific product category that Apple will spotlight next month, however, we all know that it’s iPhone time! Following the rumor mill and leaks that have been making rounds on the internet, the Cupertino company will be announcing three new iPhone models as an upgrade to last year’s iPhone XR, iPhone XS, and iPhone XS Max.

Alongside the new iPhones, we’re expecting some updates to the Apple Watch as well as the launch date for the new iMac Pro, which Apple announced in 2018 starting at $5,999. Plus, it won’t be much to expect details for Apple Arcade and Apple TV+. As with most Apple special events, this one will be live-steamed on Apple Events as well.