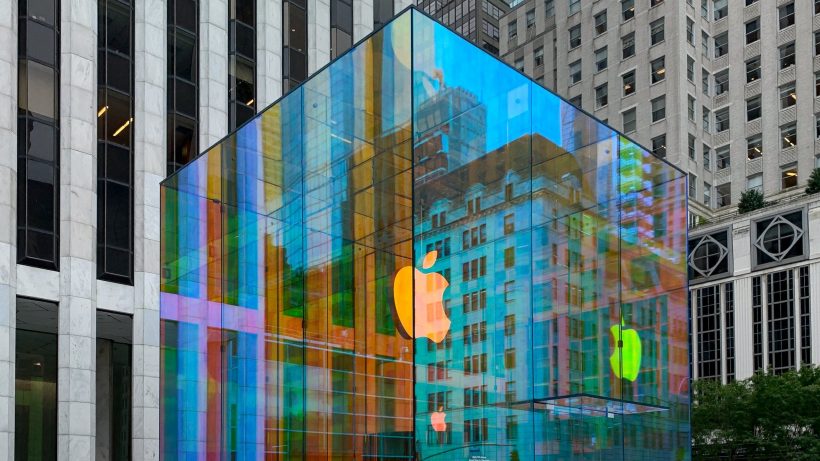 Apple Fifth Avenue will reopen doors to customers on September 20 after nearly three years in the renovation. The store is currently covered in a temporary iridescent film, which itself looks gorgeous atop the iconic architecture, to celebrate the reopening this month.

Apple SVP of Retail + People, Deirdre O’Brien took the stage during Apple’s iPhone 11 event to talk about retail, and the giant cube’s reopening in Manhattan was a part of it. Apple Fifth Avenue has been closed since January 2017 due to store renovation, which led Apple to move to a temporary location next door.

We’re transforming our iconic store into a space that’s open to collaboration of all kinds. Made for the city where creativity never sleeps. Stop by during our weeklong celebration to get inspired by some of the best creative talent in the city.

Apple Fifth Avenue will not just have the new iPhones from this week’s announcement; the store will also hold new Today at Apple sessions to celebrate the store’s reopening. Apple has created special sessions exclusive to Apple Fifth Avenue, called “Fifth Avenue Creates,” which you can see through this link.

Like before, the 24-hour location in Manhattan is “Always Open to Open Minds.”

AppleApple Fifth AvenueApple Store
Up Next