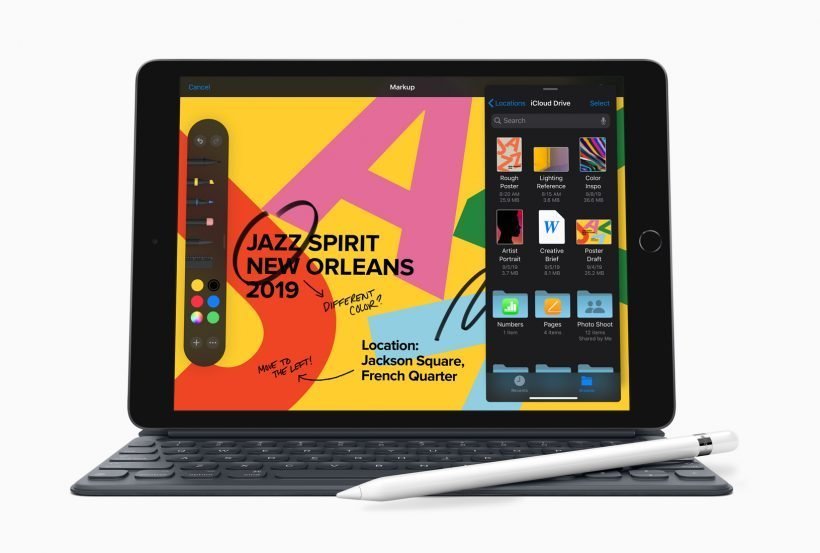 Apple has unveiled the new, 7th-generation iPad with 10.2-inch Retina display. The device sits between the iPad mini and iPad Air in the line-up in terms of features and pricing.

Apple says the new iPad has 3.5 million pixels on that 10.2-inch screen, and is powered by A10 Fusion chip, claiming it’s “2 times faster” than the best-selling PC on the market.

To back that claim, the new iPad also connects with the Smart Connector, and support Apple Pencil (1st generation). You can now connect a full-size Smart Keyboard as well. Support for iPadOS will come right out of the box.

Apple says the new 10.2-inch iPad is made from 100% recycled aluminum, and weighs just about a pound. The device comes in silver, space gray, and gold finishes in 32GB and 128GB configurations.

Customers can order the new iPad today, with availability starting September 30 later this month. Pricing starts at $329 USD for regular customers, and $299 USD for education customers.