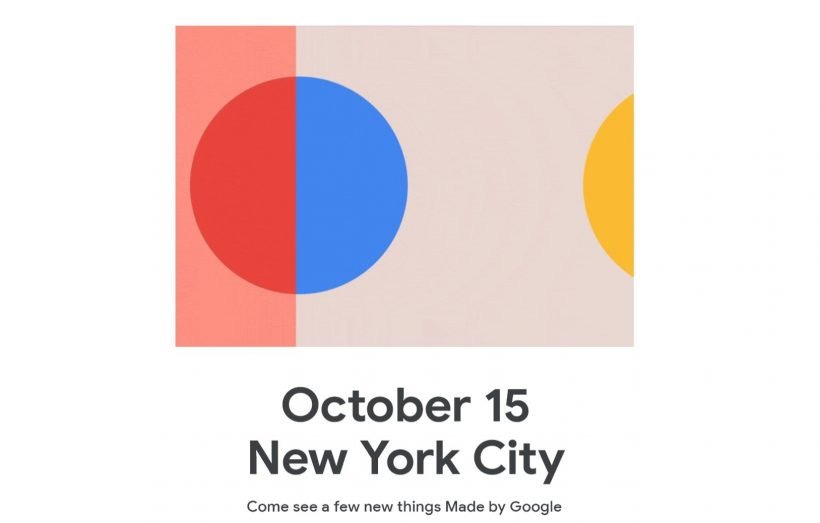 Google has sent out invites to the press for a hardware event on October 15 in New York. The event will see new hardware announcements Made by Google at the event.

After Apple’s annual iPhone event, it’s now time for Google to reveal what it’s been working on lately. Google’s event invitation reads, “Come see a few things Made by Google.” It is likely to announce the 2019 Pixel line-up alongside updated hardware for Pixelbook and Google Home. Perhaps, more surprises!

The Google hardware event will kick off at 10am PT / 10:45pm NPT on October 15 in New York. You can tune into the YouTube livestream here.

GoogleGoogle Event
Up Next