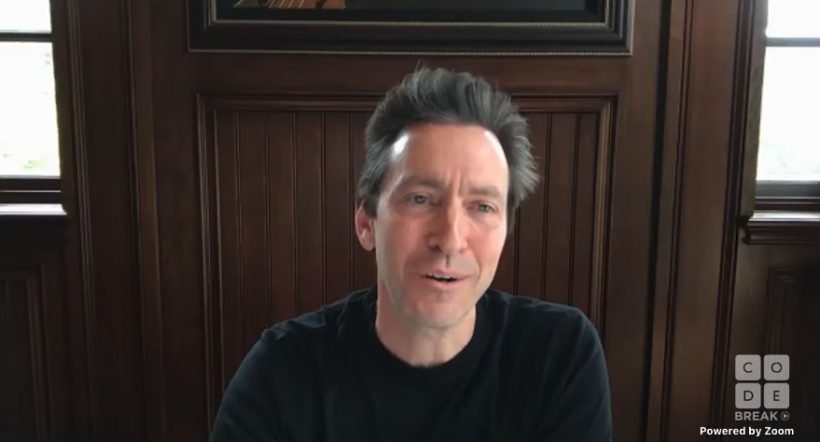 In a rare appearance, former Apple executive and iOS chief Scott Forstall has attended Code.org’s virtual Code Break event this week. Forstall shared the story of how he was hired by Steve Jobs, during the online event.

Forstall had been considering working at Microsoft when he went to interview at NeXT, the company Jobs started after he was fired from Apple. He says it was an “intense interview” where he spoke with 17 different people, however, the first meeting with Jobs was enough to know that he landed an offer at Jobs’ new computer company.

After ten minutes into Forstall’s first interview, Jobs walked in and dismissed the first interviewer from the room, and started interviewing Forstall one-on-one. It was “question after question after question,” and about 15 minutes later, it was clear that Forstall has landed an offer at NeXT although Jobs advised him to pretend he is interested in everyone’s questions throughout the rest of the day.

“Eventually he stopped, and said, ‘I know you have to interview for the rest of the day. I don’t care what anyone says, at the end of the day, I’m giving you an offer. But please, pretend you’re interested in everyone’s questions throughout the rest of the day.’ Then he looked at me and said, ‘I’m sure you’re going to accept this offer.’ So this was his way to convince me.”

By this point, Forstall got two job offers — one from Microsoft where he worked as an intern, and the other from Steve Jobs’ NeXT. And we all know where he went.

In the meantime, Microsoft tried convincing Forstall into joining the company in Seattle, and there’s a bizarre incident about that as well.

Microsoft had sent Forstall a dead fish the other day after he dropped their offer, which seemed like a threat to him at start as he’d watched movies with the mafia, so he called his contact at Microsoft to find out what’s happening. The company sent him the biggest king Salmon they could find in Seattle overnight to make a point that there were no fish in the Bay Area that good. All of this to bring Forstall on board.

He barbecued the fish, ate it, and then went to work with Steve Jobs for the next 20 years.

The video from Code.org is embedded below. You can watch Forstall’s talk from around the 36-minute mark where he shares his experience of joining NeXT.

Scott ForstallSteve Jobs
Up Next