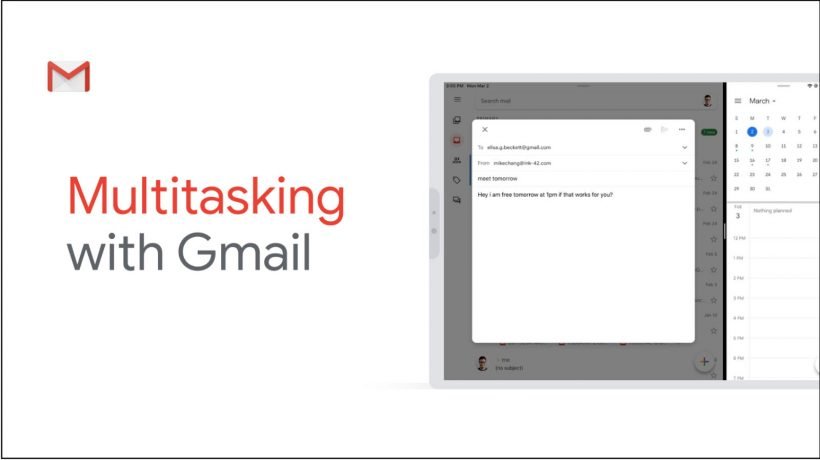 Apple introduced Split View in 2015 with iOS 9, and a ton of iPad apps have supported it since then. After several years now, Google has finally brought Split View multitasking feature to Gmail on iPad.

Gmail for iPad now has support for Split View which lets you use the app alongside other iOS apps. You can now effortlessly check your schedule before responding to an email, or choose photos to drag into a message as attachments without leaving the Gmail app.

The feature is available to all G Suite users and users with personal Google Accounts. To enter Split View from Gmail, you’ll have to turn on multitasking on your iPad from Settings > Home Screen & Dock > Multitasking and select “Allow Multiple Apps”. Then, swipe up from the bottom of your screen to open the Dock and drag the app you want to run alongside Gmail to either edge of your screen. No additional or in-app toggle required for Split View.

Google also recommends to make use of Keyboard Shortcuts for Gmail to experience even more efficient multitasking. The feature is visible to all Gmail for iPad users now.

Google Currents launches for Android and iOS, takes over Google Plus