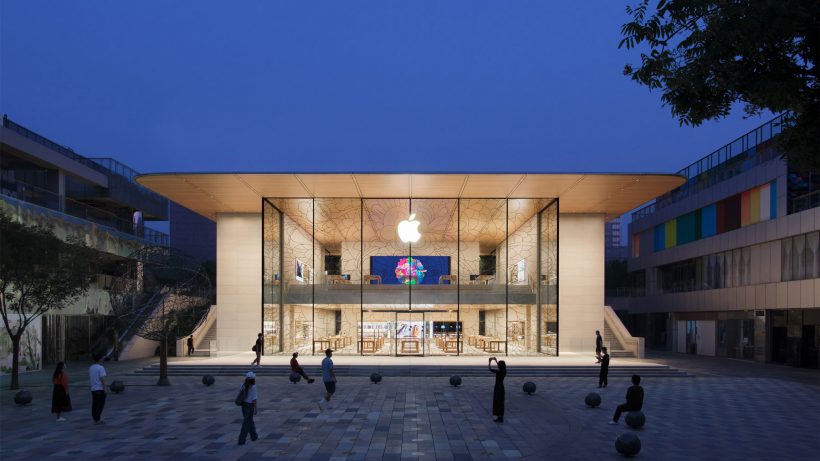 Apple is iterating its first retail store in China with a new adjacent store. The new Apple Sanlitun is replacing the original store located in the Taikoo Li Sanlitun mall in Beijing. It’s twice the size of the previous location.

The new Sanlitun tore aligns with Apple’s latest retail design additions, including a Forum, Viewing Gallery, and Boardroom. The Forum will be the future home for Today at Apple sessions in the store. The Viewing Gallery, as the name suggests, offers a good view of the lively outdoor square rom the grand upper level. And in the store’s Boardroom, business customers and entrepreneurs can get personal advice and guidance from the Apple team.

This store sets a new standard for Apple Retail in China and we’re thrilled to build on our history in Beijing. We look forward to operating Apple Sanlitun, and all of our stores around the world, with the health and safety of our customers and teams as our top priority.

Fabricated in Xiamen, China, there are 33-foot glass panels that blur the barrier between inside and out of the store. Apple Sanlitun also features Apple’s first integrated solar array in a retail store in China. The solar array powers the store on renewable energy like all other Apple retail locations worldwide.

Opened 12 years ago with 52 employees, Apple Sanlitun now it has a team of 185 members. The store is now open for the public to visit. You’ll be required to show and scan your personal health QR code as you enter the store to comply with China’s standard protocol.