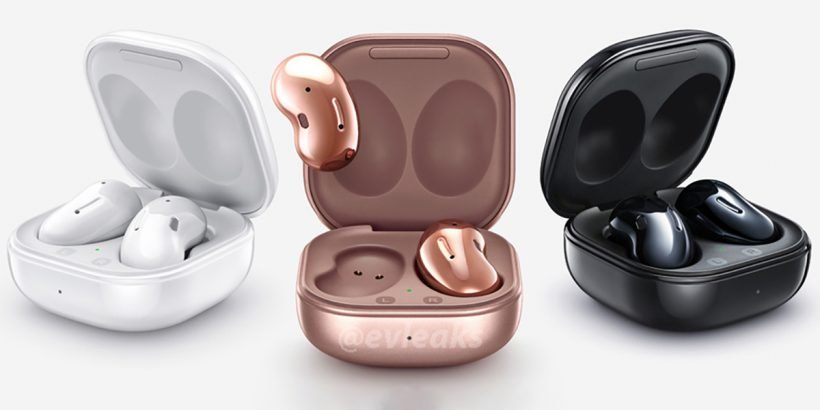 With the Unpacked event a few weeks away, leaks about the soon-to-be-launched Samsung products are surfacing. Alongside the upcoming Galaxy Note S20, Samsung is also expected to launch its Galaxy Buds Live wireless earbuds next month.

The images of Galaxy Buds Live were leaked by Evan Blass (via 9to5Google) on his Patreon account. The earbuds are expected to be just 2.8cm in size. They are designed like a kidney bean in shape, with a speaker on the middle of the bud. The two different microphone holes are probably for both voice commands and calls. The Buds Live are likely to come with noise cancellation as well.

The pill-shaped case used for the Galaxy Buds Plus has now changed to a squared case in the new Galaxy Buds Live with a rubber strip on its lid. There aren’t any changes other than the shape in the design part. The charging pins are placed in the center to charge up each earbud. The earbuds will come in three colors including Black, White, and Mystic Bronze, according to the leak.