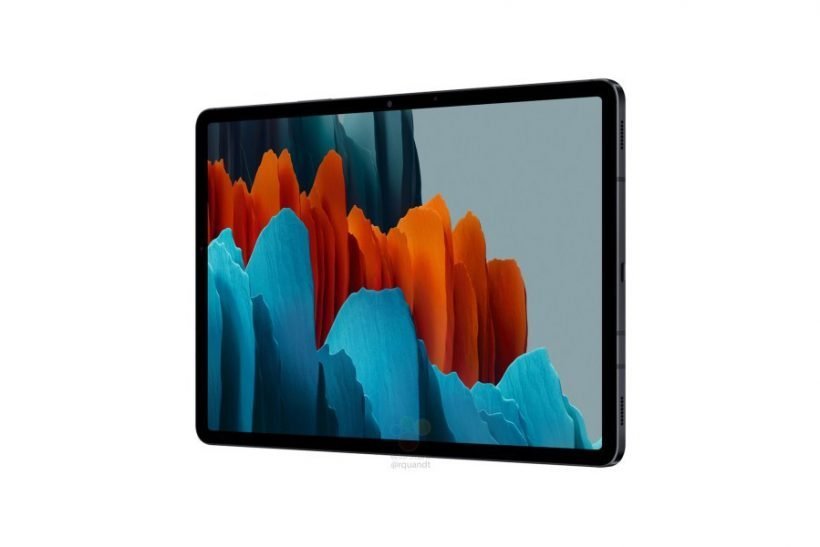 Samsung’s Galaxy Tab S7 and Tab S7 Plus, which are likely to launch at the Galaxy Unpacked event, have been leaked by WinFuture.

The Tab S7 and S7 Plus both will be powered by Qualcomm’s flagship Snapdragon 865+ processor. The S7 will reportedly have an 11-inch LCD display at 2560 x 1600 resolution, while the Plus is said to have a 12.4-inch OLEED display at 2800 x 1752 pixels. Both Tabs will have a 120Hz refresh rate. Apparently, there’s a side-mounted fingerprint sensor on the S7 and an in-display fingerprint sensor on the S7 Plus.

The Samsung tablets, according to WinFuture, will feature dual rear cameras with a 13-megapixel main camera and a 5-megapixel ultra-wide camera, while on the front there is an 8-megapixel selfie camera. Both devices will start with 6GB of RAM and 128GB of storage, with a 5G variant expected as well.

It is reported that the battery capacity will differ between the Tab S7 and the Tab S7 Plus. The Plus model will have 10,090mAh battery, while the later will have a 7,040mAh battery; both with fast-charging at up to 45W. These tablets will have a Type-C port and come in Mystic Black, Mystic Bronze and Mystic Silver color options, according to WinFuture.

The South Korean giant is expected to launch the tablets alongside the Galaxy Note 20 at its Unpacked 2020 event on August 5.