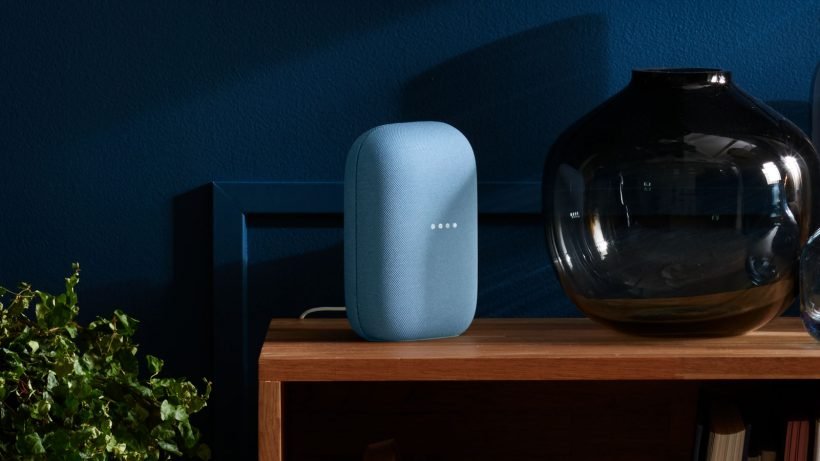 Google has revealed an official image of the new Nest smart speaker to The Verge. The image shows a smart speaker similar in style to Google Nest Mini, but taller, with a classy fabric cover over its body and hidden LED lights under the fabric.

It looks like Google shared the image in response to a leak that surfaced on Twitter the same day. As seen in the tweet, there is a port where users will be able to plug in the power adapter, a rubber bottom, and also a mechanical switch. The photos in tweet show a grey color variant while the one that Google shared is blue.

Recently certified by the FCC, here is our first look at GXCA6, the new @Google Nest Speaker, replacing the original Google Home. 😁 pic.twitter.com/Ltp1quPFqc

The new Nest speaker is supposed to replace the original Google Home speaker. Google is yet to have an official launch for the device in its entirety. Stay tuned.

Apple expands its free coding courses for educators and students