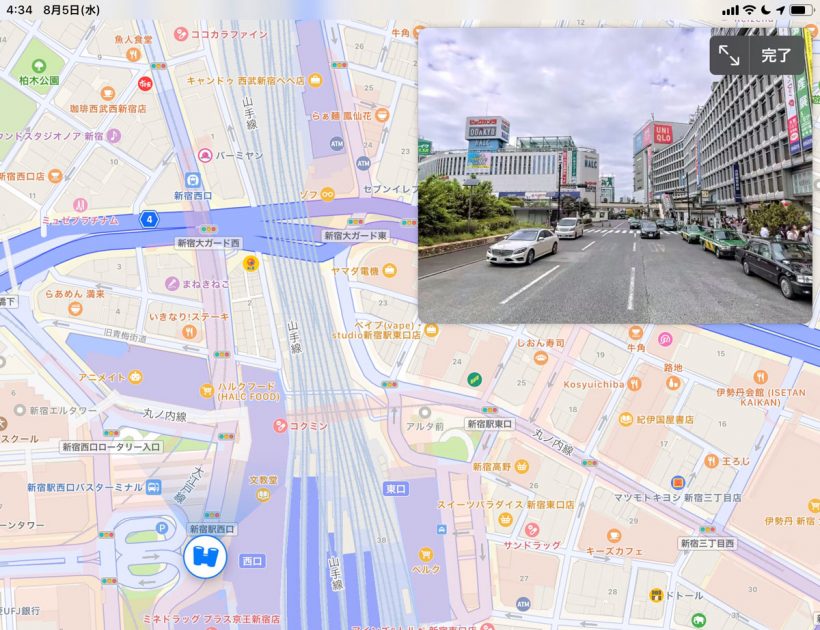 Apple has expanded its Maps feature that provides 360-degree views of locations at ground level, as spotted by Ata Distance (via The Verge). Called Look Around, the feature, which was previously only available in the US, is now available in Japan. It’s now live in four major cities: Tokyo, Osaka, Nagoya, and Kyoto.

To access the Look Around feature, tap on the binoculars icon in supported locations, which initially will display the view in an expandable pop-up window. The transition UI is more seamless than that of Street View in Google Maps, which makes it feel like you’re exploring the area in an immersive way on Apple Maps.

Apple launched Look Around in the US as part of Maps in iOS 13, though it only supported eight major locations including Boston, San Fransisco, and New York City. Furthermore, Apple also updated the maps data in Japan nationwide. The company, however, had announced that the UK, Ireland, and Canada would be getting new improved maps as part of iOS 14, which is scheduled for launch this fall.

Apple might have updated the Maps feature in Japan for the upcoming Tokyo Olympics. Now, Apple Maps users in Japan can enjoy the benefits of being the first international market outside of the US to get Look Around and updated maps ahead of iOS 14.