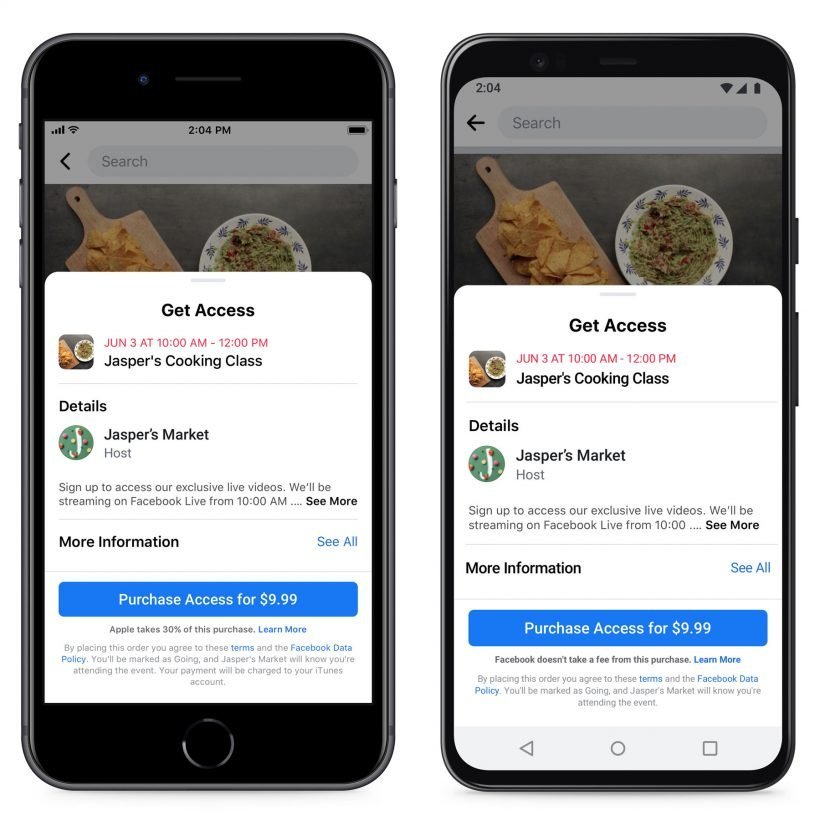 Apple has rejected one of Facebook’s latest updates in the App Store. The Facebook iOS app update violated an App Store policy by displaying “irrelevant” information to the users.

The feature that was launched earlier this month allows Page owners to create paid online events and then collect payment from participant. While everything else looked fine, the feature included a note mentioning Apple’s 30 percent commission on in-app purchases as it comes under digital goods. Apple refused to approve this update citing policy violation.

Facebook released the above image showing how the feature displayed transparency notice to iOS users. The social media giant asked Apple to waive off the 30-percent cut from this feature, as the entire purchase amount is directed to users on Facebook, but Apple refused.