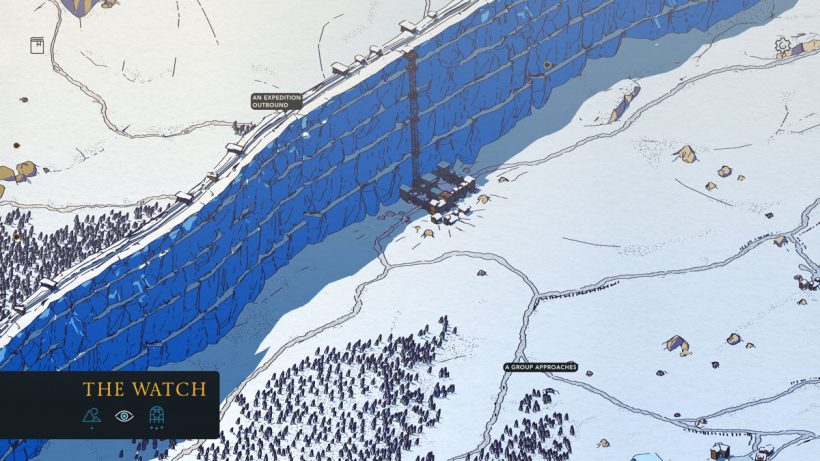 Game of Thrones: Tale of Crows is out now exclusively on Apple Arcade. Apple’s $4.99-a-month gaming subscription plan has more than 100 titles on its shelf, launched just last year.

Coming from That Silly Studio and Devolver Digital, the Tale of Crows is described as a narrative driven, real-time idle game, where time passes even when you’re away from the game. It’s based on the popular HBO series Game of Thrones, and explores the 8000-year history of the Night’s Watch.

In the shadow of the Wall, your watch begins. Eight thousand years before Jon Snow took the Black, the Night’s Watch was formed to secure the Wall and defend the border of Westeros against the perils of the North, and all that lies beyond. Into these untamed wilds, sworn brothers and their allies set out on rangings to face the dangers that would threaten the realm. But the Wall is a blade that cuts both ways.

Guide the decisions of Lord Commanders through the seasons and mount expeditions beyond the Wall. As ravens travel to and from your expeditions in real time, their messages are delivered to you throughout your day. Respond with your command right away, or whenever you see fit.

Long is the history of the Night’s Watch, and many are its stories forgotten. It’s time the realm remembers them.

AppleApple Arcade
Up Next