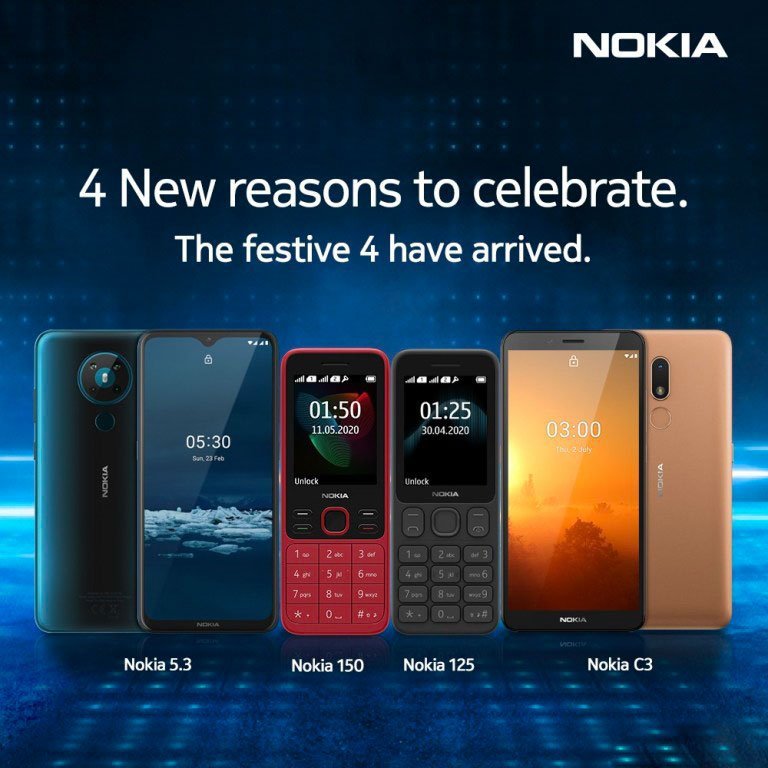 Nokia has launched four new devices in India. The new Nokia devices include two feature phones and smartphones each. The Nokia 125 and the Nokia 150 are now available to purchase whereas the Nokia 5.3 and the Nokia C3 have pre-orders open.

The feature phones, Nokia 125 and Nokia 150 span 2.4 inches and support 2G networks only. Both devices share similar specs, with the Nokia 150 sporting a back camera in addition.