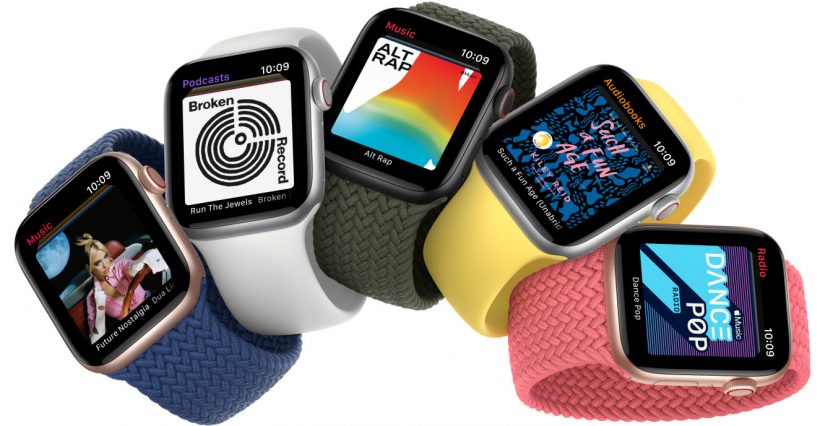 Apple today announced the Apple Watch SE, a low-cost watch starting at $279. It’s an enhanced version of the Apple Watch Series 3 from 2017 and draws inspiration from the upcoming Series 6.

The Watch SE is up to two times faster than the three-year-old Series 3, thanks to the S3 System in Package (SiP) in use which also powers the Series 5. The Retina display on the SE is 30 percent larger than that of the Series 3, Apple says. It also supports the new Solo Loop bands – both soft silicone and braided yarn.

Apple has also added support for Family Setup that allows parents to set up and manage Apple Watches for their kids with features like text monitoring, location alerts, DND modes.

Given the attractive and more affordable pricing, the Apple Watch SE lacks support for some high-end features such as always-on display, ECG functionality, and blood oxygen monitoring. However, it has built-in sensors like accelerometer, gyroscope, as well as always-on altimeter, sleep tracking, fall detection, and handwashing detection. Plus, Emergency calls can be made internationally on the Cellular version.

Apple Watch SE, as mentioned above, starts at $279 for the GPS model, while the Cellular costs $329 for the base model. It will be available this Friday, September 18 in the US, Puerto Rico, and 27 other countries and regions. Apple is also selling the Apple Watch Series 3 for $199, if you’re looking for a more budget-friendly option.