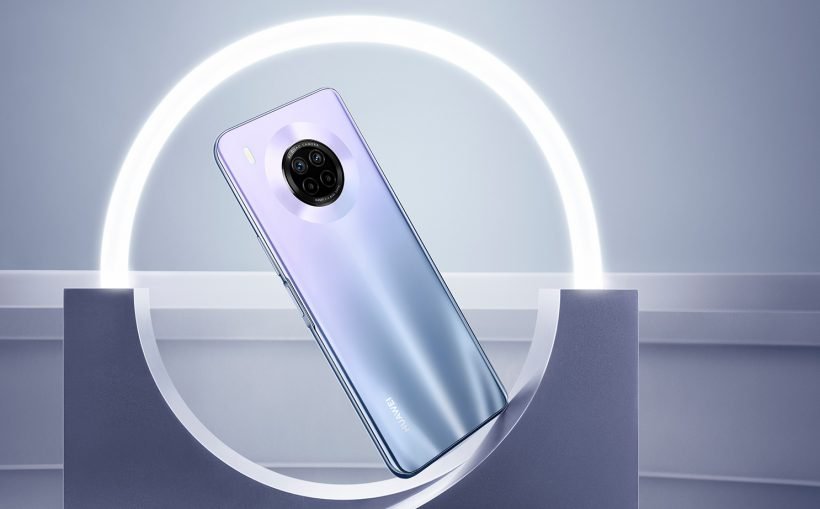 After unveiling the Huawei Enjoy 20 series in China, Huawei silently listed another smartphone on its global website. The new Huawei Y9a almost resembles the Enjoy 20 Plus, but comes with FullView display and better camera specs.

Huawei says the design of the phone is inspired from the changing hues of the sky and the art of light and shadow. The Huawei Y9a features a 3D ark design and nano-textured surface. The rear camera has a classic halo design.

Powered by a 4,200mAh battery, the Y9a comes with 40W SuperCharger that will enable users to restore 70 percent power in 30 minutes.

The Huawei Y9a comes with a 6.63-inch notch-less display. The super narrow frame and hidden front camera has facilitated it with 92 percent screen-to-body ratio. The handset has four cameras at the back. The lenses include a 64-megapixel main camera, 2-megapixel depth camera, 2-megapixel macro camera, and an 8-megapixel ultra-wide angle camera. Alongside, the camera also supports EIS (Electronic Image Stabilization) which helps in shooting stabilized videos. The front camera has a 16-megapixel pop-up module.

As reported by Huawei Central, the Y9a comes in 8GB RAM/128GB storage for Middle East, Africa, and some Asian countries, while other parts of the world will also get the 6GB RAM variant. The device runs Android 10 and is available in three colors: Space Silver, Sakura Pink, and Midnight Black. Other special Huawei features include MeeTime, Smart Screenshot and Huawei App gallery. Huawei hasn’t revealed the pricing and availability of the device yet.