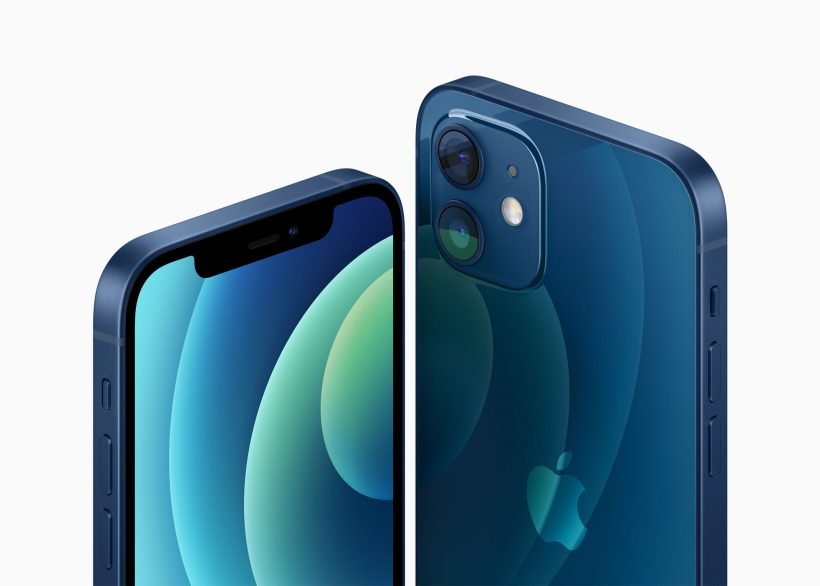 Apple announced the release of iPhone 12 and iPhone 12 mini today at its October virtual event. Both 5G-compatible iPhones share similar features and specs, with the mini model being a new addition this year.

iPhone 12 is the first of the four phones announced today. It has a sleek new flat-edge design, featuring a 6.1-inch OLED Super Retina XDR display. The design looks familiar to that of iPhone 4 but in a sleeker form factor. The handset is protected with new Ceramic Shield at the front to provide enhanced durability, with Apple touting four times improved drop test performance.

The camera setup on iPhone 12 consists of a 12-megapixel ultra-wide lens with an f/2.4 aperture and 120-degree field of view, and a 12-megapixel wide lens with an f/1.6 aperture. Apple says the Night Mode and faster-performing Deep Fusion will provide better image quality even in low light. Likewise, the videos will come out stunning as iPhone 12 can shoot HDR videos with Dolby Vision, which is the world’s first smartphone camera to do so.

Apple has added A14 Bionic to power the entire iPhone 12 line-up. The A14 Bionic is the only 5nm processor in the smartphone industry. Apple says the Bionic is up to 50 percent faster than any other smartphone chip in terms of CPU performance. The 16-core Neural Engine in the chip is up to 80 percent faster than in the A13 chip and accounts for faster processing on device. It’s the same chip that launched in the new iPad Air last month.

The smallest of all iPhones in the iPhone 12 line up — the iPhone 12 mini. It sports a 5.4-inch OLED Super Retina XDR display. iPhone 12 mini shares all the features of iPhone 12 and comes in a smaller size. It has relatively low footprint as it is 15 percent smaller, 11 percent thinner, and 16 percent lighter than the iPhone 11. Both iPhone 12 and iPhone 12 mini will ship with iOS 14 out of the box, and come in five different colors. Color choices include blue, green, black, white, and PRODUCT (RED). The storage variants offered are 64GB, 128GB, and 256GB.

Apple also introduced the MagSafe wireless charger for all new iPhone 12 models. It will charge the phone precisely with a 15W wireless charger that attaches magnetically, while still supporting Qi wireless charging. There will be MagSafe-compatible silicone, leather, and clear cases as well as leather wallet accessories available that easily snap onto the back of iPhone. Plus, third-party charging solutions with MagSafe support will also be made available. The MagSafe Duo Charger, for instance, can charge iPhone and Apple Watch simultaneously.

AppleiPhoneiPhone 12iPhone 12 mini
Up Next