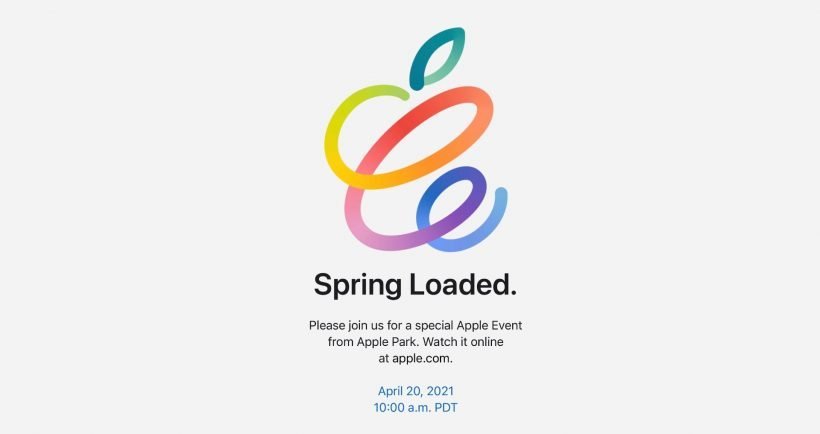 After Siri’s announcement, Apple has officially announced the “Spring Loaded” event for Tuesday, April 20 at 10AM Pacific Time. The event will be all-digital, broadcasted from the Steve Jobs Theater in Apple Park in Cupertino, California. It will be available to watch on the Apple TV app and on Apple’s event page.

Apple has designed a multi-colored gradient logo for the event and when you visit the Event’s website on your mobile device via Safari, you will see an AR version of the logo. Once you tap on the logo, Apple’s AR viewer will let you scan the room with the moving logo.

So excited for this one! Only seven more days. 👀 pic.twitter.com/PVJFcESqh8

The event is expected to unveil new iPad Pro models, and perhaps the long-rumored AirTags.