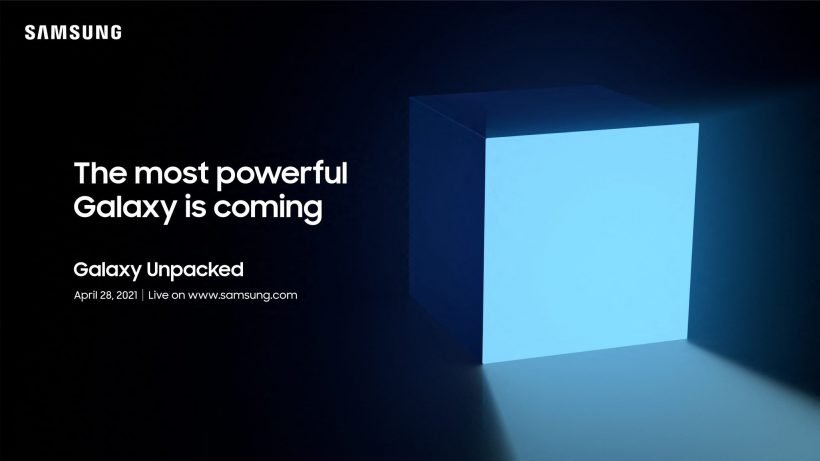 Samsung has announced its latest Galaxy Unpacked virtual event in a blog post. The company says it will reveal “the most powerful Galaxy” device during the event on Wednesday, April 28.

Other than the date, no further information about the event has been revealed from Samsung. However, we might be getting to see the Samsung Galaxy Z Fold 3 and the Galaxy Tab devices at the virtual event.

The South Korean tech company also released a teaser video on YouTube, titled “Galaxy Unpacked Official Trailer.” It showcases a blue rectangular box that resembles the shape of a laptop-like device with a tagline: ‘The most powerful Galaxy is coming.”

To watch the Galaxy Unpacked launch event, you can visit Samsung’s official website or tune into the company’s YouTube channel at 7AM Pacific Time / 10AM Eastern Time on Wednesday, April 28.