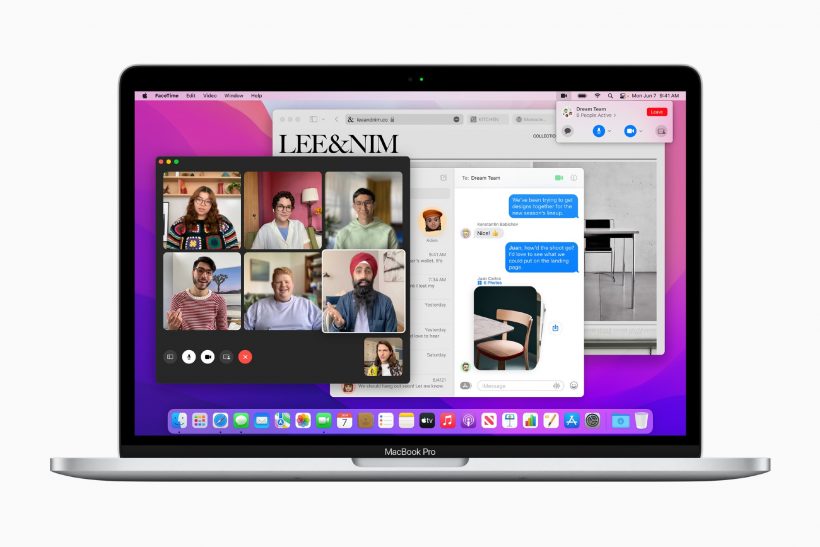 With macOS Monterey, you can now AirPlay content – such as movies, photos, presentations, and games – from your iPhone or iPad to your Mac. It also enables the Mac to be used as an AirPlay speaker, so you can play music or podcasts on the Mac’s high-fidelity sound system.

The Mac has a history with automation, and now Apple is bringing Shortcuts to the Mac. The Shortcuts app, which has been available on iOS, will support actions specifically for macOS. Apple says Shortcuts is integrated throughout macOS, including the menu bar, Finder, Spotlight, and hands-free with Siri. There will also be a gallery of pre-built actions designed just for Mac.

macOS Monterey introduces a redesigned Safari. The new tab bar blends in the color of the webpage and combines tabs, the tool bar, and the address bar in a single compact design. Apple is also adding the ability to group tabs in Safari, called Tab Groups. The tabs are in sync between your Mac and iOS devices.

Monterey also brings features announced for iOS 15 and iPadOS 15 like FaceTime’s spatial audio and SharePlay, Quick Note, and more. The software update will be available for compatible Macs this fall.