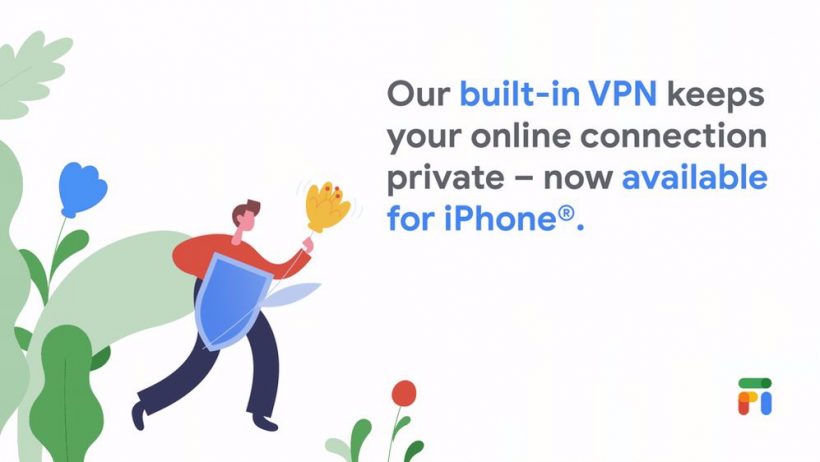 Google has announced to roll out its Google Fi’s built-in VPN service to iPhone subscribers. This feature ensures iOS users that their connection is secure on a cellular or Wi-Fi network.

The VPN lets you stream, browse and download on an encrypted, private connection. It helps shield you against hackers on unsecure networks (like public Wi-Fi), and prevents websites from using your IP address to track your location.

Most apps will connect through the VPN, but some apps may bypass the VPN in order to work as intended (for example, so your smart home devices can work). You can manage this setting in the Fi app. Note that apps critical to Fi services will always connect outside the VPN.

To turn on the service, users require the updated version of the Fi companion app. They will need to open the “Phone Settings” in the account tab and then go to “Privacy & Security” and enable the “Protect your online activity” option (via The Verge).

The rollout comes a little later than expected; Google previously announced to release it in the spring. Google had made this feature available on Android in beta version in November 2018, nearly three years ago. And now the VPN feature comes on iOS when Apple is planning to launch a similar privacy feature as part of the iCloud Plus subscription.

Google offers three plans for Fi: Flexible, Simply Unlimited, and Unlimited Plus. The price range starts from $16 and can go up to $70. The company also offers Family features where parents can create a data budget plan to decide how much data their children can use before it slows down.