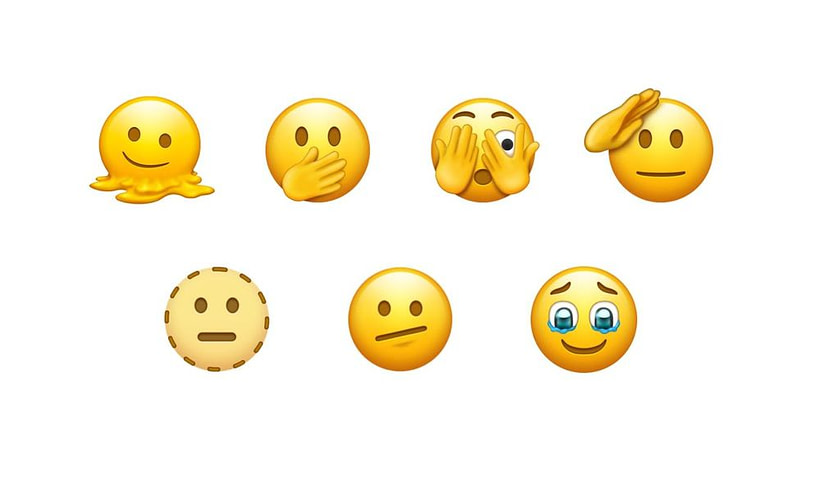 Apple is known to add new emojis to its devices on a near-yearly basis, with the company adopting the characters voted on and approves by the Unicode Consortium.

The Unicode Consortium is now working on a list of emojis that are expected to be added in the Emoji 14 update. Emojipedia has given a brief detail on what we can expect with the lookalikes of the emojis.

New face emojis include melting face, face with open eyes and have over mouth, face with peeking eye, saluting face along with many other more.

Various new skin tones have been proposed for emojis like a palm in hand, a heart hands handshake, a person with crown, a pregnant person, and more.

The candidates are to be finalized later this year, which means that not all will make it into the final version of Emoji 14 as they are on the draft list. However, most draft candidates are selected.

The under development Emoji 14 has been delayed due to the ongoing global health crisis. Upon the final decision, smartphone makers will begin using them in late 2021 and 2022.

Every year, July 17th is marked as World Emoji Day. As in the past, Apple is expected to give us a general insight into its future emoji plans in celebration of the day.

Apple’s Back to School now live in Europe, Asia, and the Middle East