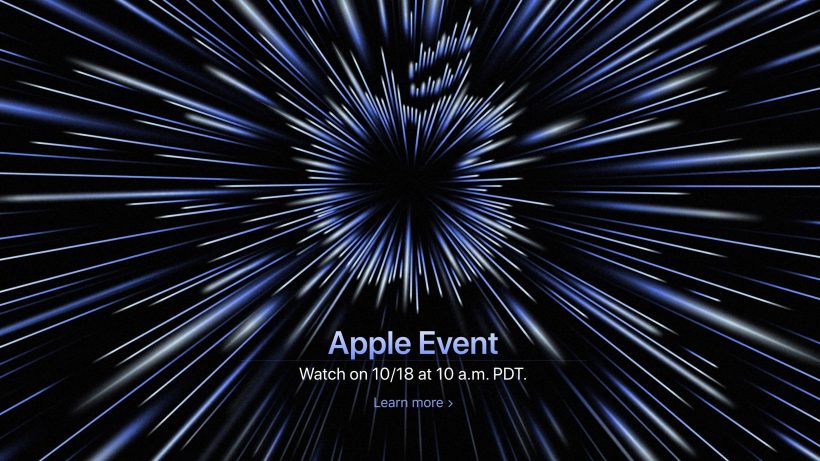 Apple announced that it will be hosting another fall event, entitled “Unleashed,” on Monday, October 18 at 10AM Pacific Time. The virtual event will take place at the Steve Jobs Theater in the Apple Park campus in Cupertino, California.

While the event invite reads only “Unleashed,” there have been speculations for a redesigned MacBook Pro in 14-inch and 16-inch form factors. The 14- and 16-inch MacBook Pro models are believed to have an overhauled design with thinner bezels and more screen real estate. They are expected to use an M1X chip, which will likely be a faster and more powerful chipset than the M1, with up to 32GB of RAM.

The much-anticipated MagSafe is said to return with the new MacBook Pro, replacing USB-C charging. Apple is also expected to add an HDMI port and SD card slot. The Touch Bar is believed to be left out, leaving an even space for the standard function keys.

There is a high probability of seeing new AirPods during this event. The next generation of AirPods will apparently possess shorter AirPods Pro-like stems and casing. It might not include Active Noise Cancellation, though, which leaves room for affordability on the brighter side.

Samsung’s next Galaxy Unpacked event is happening on February 9