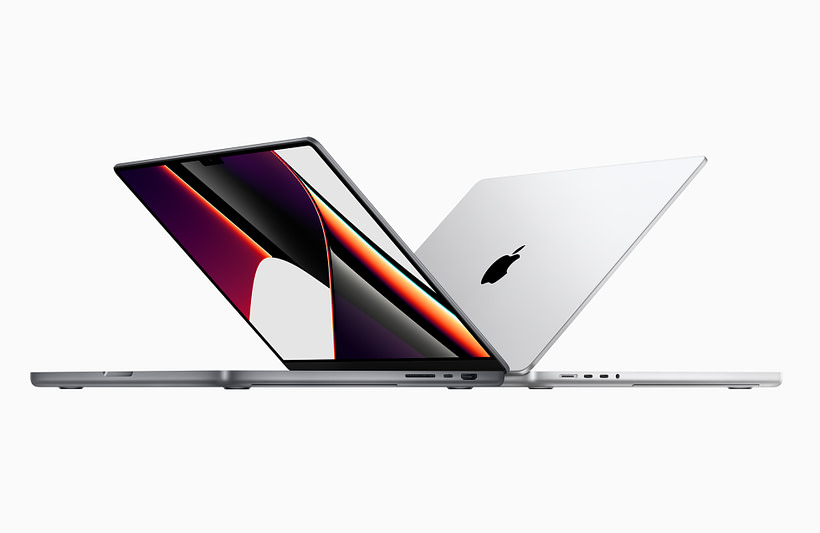 The MacBook comes with multiple configurations of the new Apple silicon chips, M1 Pro and M1 Max. The ‌M1‌ Pro chip is a more powerful variant of the ‌M1‌ chip as it features an 8-core or 10-core CPU, 16-core GPU, a more capable Media Engine, more Thunderbolt controllers, and more.

The ‌M1‌ Max chip, “the world’s most powerful chip for a pro notebook”, features a 10-core CPU as the ‌M1‌ Pro, doubles the GPU with up to 32-core GPU, an enhanced media engine featuring two ProRes accelerators, up to 400GB/s of memory bandwidth, and more.

Taking about the display it has a mini-LED Liquid Retina XDR display, with ProMotion for refresh rates up to 120Hz. The XDR display offers 1,000 nits of sustained brightness, 1,600 nits of peak brightness, and a 1,000,000:1 contrast ratio.

The MacBook features a larger display than the previous models but with reduced display borders that are 3.5mm thick. The webcam offers users a 1080p resolution, doubling resolution, and low-light performance with a wider aperture, a larger image sensor, and an improved image signal processor.

Apple has finally added more ports to the device by bringing back an HDMI port, a Thunderbolt 4 port, and an SDXC card reader. The fancy Touch Bar has now been replaced by a full-height function key row and the Magic Keyboard comes in double-anodized black color.