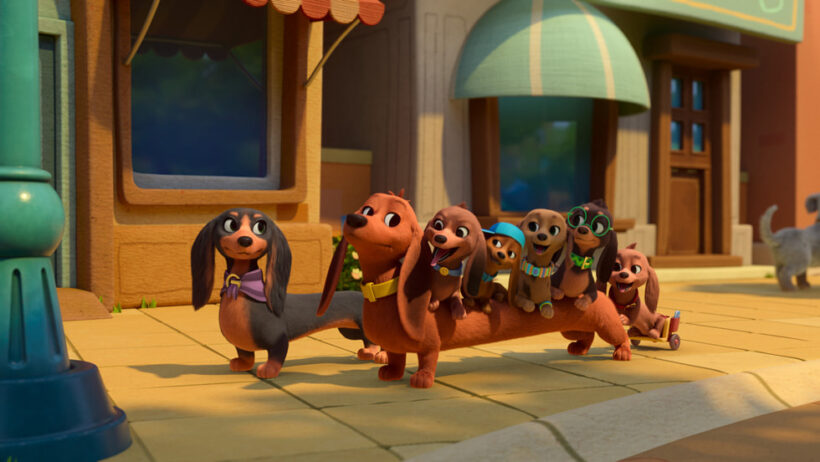 Apple TV Plus has announced a new animated preschool series, “Pretzel and the Puppies.” Based on the classic book “Pretzel” by Margret and H.A. Rey, the series is a story about the modern dog family led by stay-at-home dad Pretzel, his five adorable Dachshund puppies, and mom Greta, the mayor of Muttgomery. The animated show will be premiering on February 11, Friday.

When your dad is the “world’s longest dachshund,” it puts a whole new twist on growing up! The eight episodes follow Pretzel (Duplass), Greta (Pedrad) and the puppies, in their hometown of Muttgomery. They are a modern and unique family who are always sniffing out ways to “make their bark,” and make the world a better place for their four-legged friends and neighbors. Pretzel and Greta encourage their pups to try to solve their own problems, often reminding them to “Get those PAWS UP!” when they face a challenge.

Apple TV Plus is priced at $4.99 per month with a seven-day free trial. Customers can also redeem a three-month free trial on the purchase of a new iPhone, iPad, Apple TV, Mac, or iPod touch. Apple TV Plus is available in more than 100 countries and regions.

Google One launches VPN for iPhone