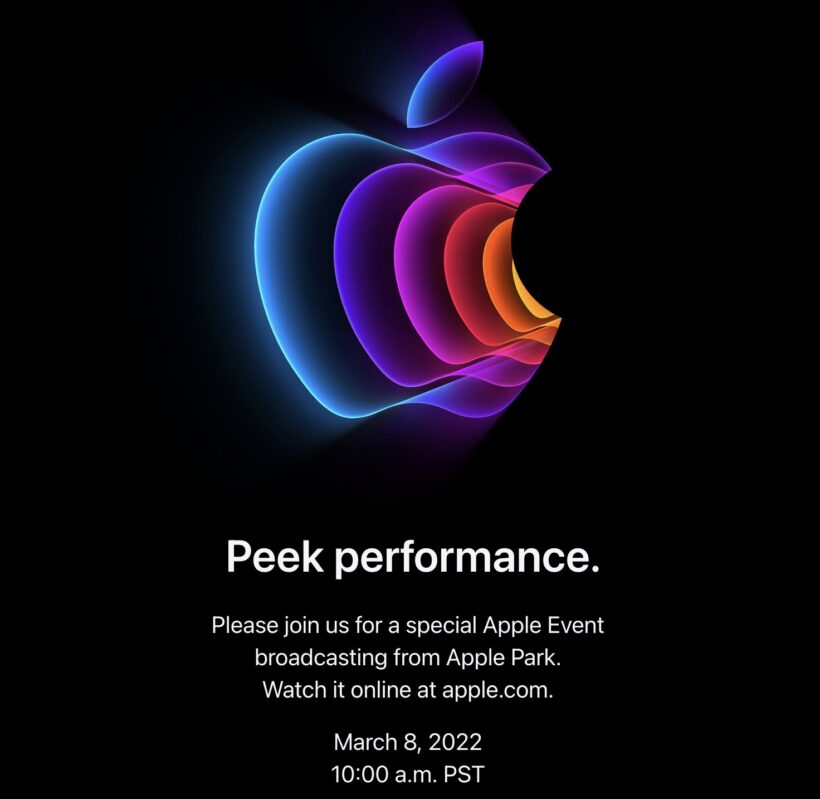 Apple today sent out invites for its first event of 2022 happening on March 8. The event will begin at 10am Pacific Time at Apple Park’s Steve Jobs Theater in Cupertino. It will continue to be a digital-only event due to the public health crisis.

The invitation features a heading that says “Peek performance,” with a multi-color Apple logo. The invite itself isn’t sufficient to describe what to expect from the event. According to some reports, Apple will unveil the next-generation of iPhone SE and iPad Air. Rumors also suggest that there could be updated Macs launching at the event.

The‌ event will be live-streamed on Apple’s website and on the Apple TV app.

Samsung’s next Galaxy Unpacked event is happening on February 9