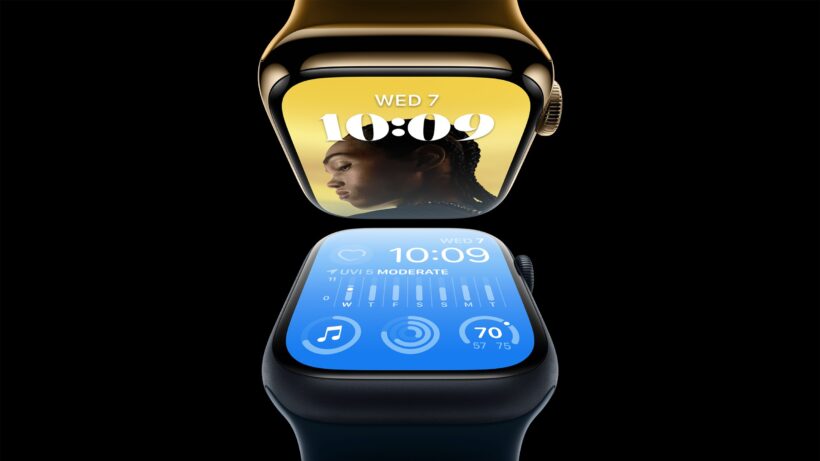 Apple today announced the Apple Watch Series 8 at its ‘Far out’ event in Apple Park. The upgrade brings significant improvements to women’s health features in the same 41mm and 45mm form factor.

The Series 8 can sense wrist temperature with the help of two temperature sensors – one on the back, and the other under the display. Temperature sensing aids in a more accurate period prediction as well as knowing the ovulation cycle in women.

Apple has also added a new Crash Detection feature which works like Fall Detection. When Apple Watch detects a car crash, it will check in with the user to ensure their safety. If the wearer doesn’t respond after ten seconds, then it will dial emergency services.

The 18-hour battery life on Apple Watch Series 8 gets extended with a new Low Power Mode as part of watchOS 9. It can extend the battery life up to 36 hours with iPhone present for normal use, limiting certain sensors and features like Always-On display and notifications. Other features coming on watchOS 9 include a revamped Compass app, Workout app, and a new Medication app.

Apple Watch Series 8 will be available in two finishes, aluminum and stainless steel. The former will offer midnight, starlight, silver, and (PRODUCT) RED colors, while the latter will offer silver, gold, and graphite. Apple will continue its partnership with Nike and Hermès for Apple Watch bands. The Series 8 starts at $399 and will be available beginning September 16, with pre-orders open now.

AnnouncementAppleApple Watch Series 8Wearable
Up Next