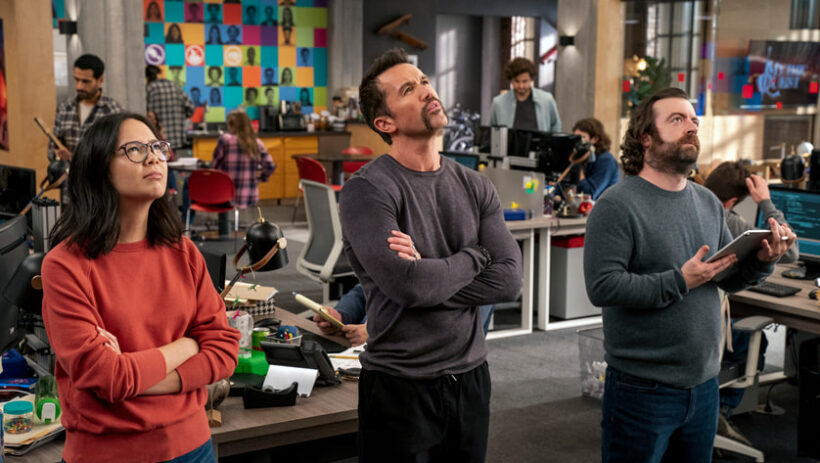 Apple has released the trailer for Mythic Quest Season 3 on its YouTube channel. The series is a workplace comedy that follows a fictional video game studio. It is produced by Rob McElhenney and Charlie Day, staring McElhenney, Charlotte Nicdao, David Hornsby, and Danny Pudi.

In season three, as Ian and Poppy navigate the gaming world and their partnership at the newly formed GrimPop Studios, Dana is forced to play mediator to her bosses’ incessant bickering. Back at Mythic Quest, David settles into his new role as the boss where he truly finds himself in charge for the first time with Jo returning as his assistant — more loyal and militant than ever; and Carol attempts to figure out where she fits in after a new promotion. At Berkeley, Rachel struggles to balance her morals with capitalism, while a post-prison Brad tries to return to society as a reformed man.

Apple released the first season of Mythic Quest on February 7, 2020, which received a lot of love from the viewers. The following season was released on May 7, 2021. The series got nominated for two Primetime Emmys as well.

The new season is composed of 10 episodes, and will premiere on November 11 next month. New episodes will follow on Apple TV Plus every Friday.

Apple TV PlusTrailer
Up Next