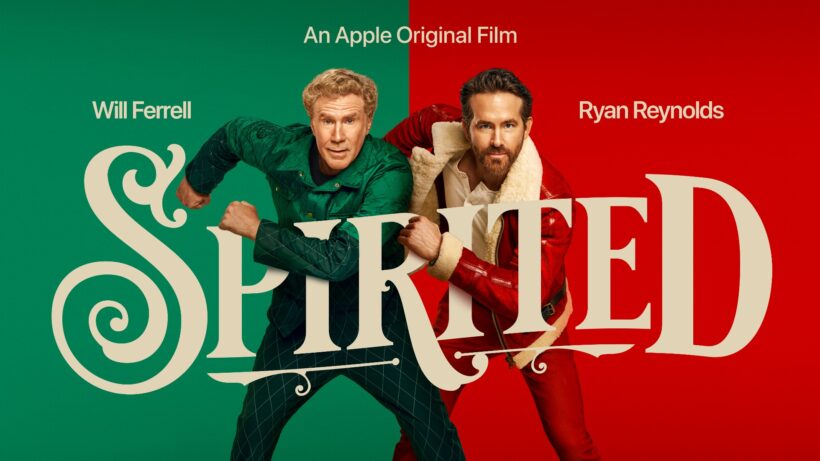 Apple TV Plus is now streaming its Christmas special movie ‘Spirited,‘ starring Will Ferrell and Ryan Reynolds. The movie is based on Charles Dickens’ classic, A Christmas Carol, but comes with an intriguing modern twist.

The story revolves around Will Ferrel playing ‘The Ghost of Christmas Present’ and Ryan Reynold depicting the character of Clint Briggs. Dickens’ original story had ghosts of the Past, Present, and Future visiting Ebenezer Scrooge, the protagonist. In the movie, however, Briggs (Ryan Reynolds) is not Scrooge, and the story is being narrated from the perspective of the ghosts.

Each Christmas Eve, the Ghost of Christmas Present (Will Ferrell) selects one dark soul to be reformed by a visit from three spirits. But this season, he picked the wrong Scrooge. Clint Briggs (Ryan Reynolds) turns the tables on his ghostly host until Present finds himself reexamining his own past, present and future. For the first time, “A Christmas Carol” is told from the perspective of the ghosts in this hilarious musical twist on the classic Dickens tale.

The musical comedy first hit theaters on November 11, 2022. Since then, the movie has received decent reviews from the viewers. It is directed by Sean Anders and produced by Ryan Reynolds himself. You’ll need an Apple TV Plus subscription to watch Spirited. Apple TV Plus is available on Apple devices, and other platforms including Roku and Amazon Fire TV Stick.