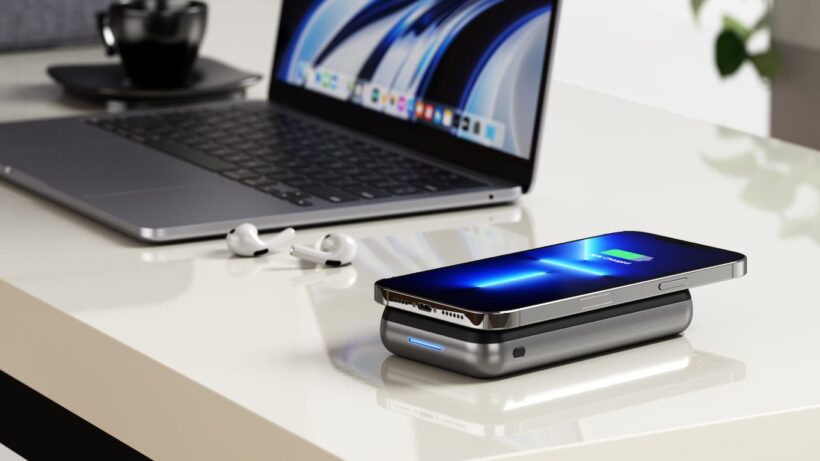 Satechi has launched a new wireless power bank named the Duo Wireless Charger Power Stand. It is a portable power solution for anyone who has multiple devices that need to be charged on a regular basis. The charger’s sleek and small form makes it ideal for use at home or at the workplace, and it’s convenient to pack for trips.

The Satechi Duo Wireless Charger Power Stand’s capacity to simultaneously charge up to three devices, using a wireless charging base and an additional USB-C port, is one of its most noteworthy features. People who frequently need to charge their smartphones, tablets, or other Qi-enabled gadgets may find this 10,000mAh power bank extremely helpful. It charges at 5W per device for an iPhone and AirPods at the same time, while the USB-C port at 10W.

The Duo Wireless Charger Power Stand’s built-in safety features are another advantage. It is equipped with foreign object detection (FOD) and over temperature protection, and is intended to prevent the damage caused by overcharging and overheating. The portable accessory is priced at $99.99 and can be purchased from Satechi’s website.