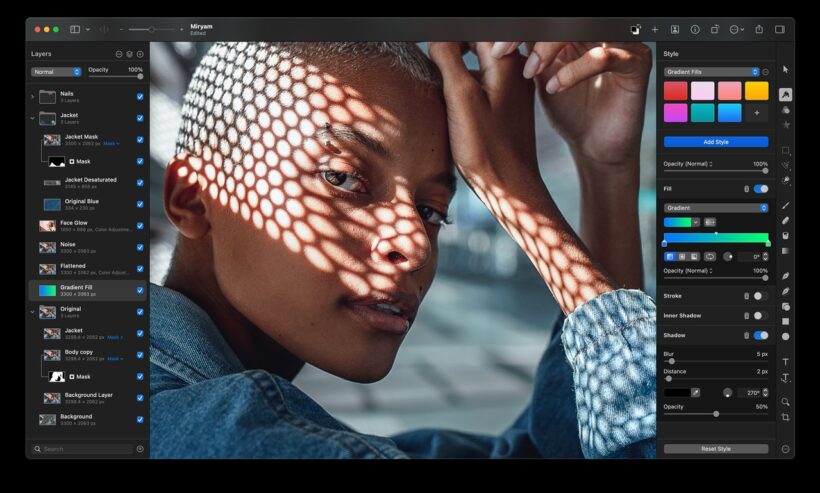 Without leaving Pixelmator Pro, users can now quickly edit movies with cutting, cropping, and color correction features. They can also mix them with text, pictures, and shapes – and do much more – just the way it’s done with images.

Editors can easily customize the video templates by changing the placeholder video with their own clips or even Live Photos. This makes producing 4K cinematic videos and creating social media stories easier as there’s a number of artist-designed alternative elements and color palettes to choose from.

The update also includes support for animated GIFs and PNGs alongside popular video formats including MP4 and QuickTime Movie. The videos can now be customized in a variety of quality levels, frame rates, sizes, and exported in compression formats such as Apple ProRes and HEVC with support for videos with transparency. The ability to edit Live Photos as videos, and improved Motion support are two further enhancements in Pixelmator Pro 3.2.

Pixelmator Pro 3.2 Lumière is available as a free update on the Mac App Store for existing users. It generally costs $39.99 for new users, but is currently on sale for $19.99, half the regular price.