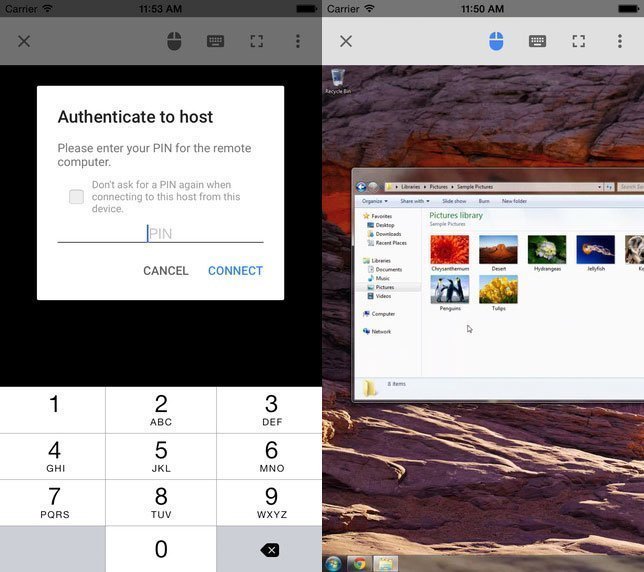 Chrome Remote Desktop is actually a wonderful service launched late last year, allowing you to use your computer from your Android device, no matter how far you’re from your computer in the real world. And today, Google has launched an iOS client for the same service.

Chrome Remote Desktop is currently available for both iOS and Android from their respective marketplaces, Apple App Store and Google Play Store. Interested readers can follow-up the buttons embedded below for more information.