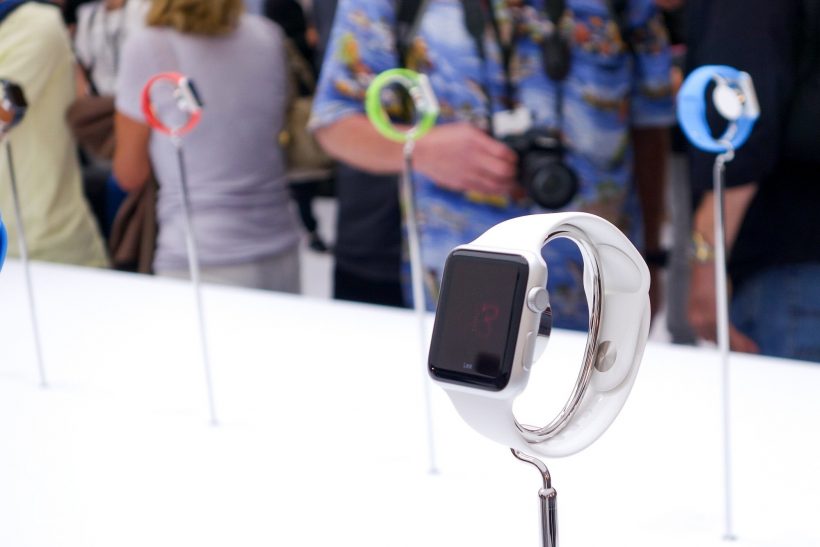 Apple Watch “hands-on” details have surfaced the internet ahead of Apple’s “Spring Forward” event. Citing a very authentic source, Mark Gurman of 9To5Mac has reported some of real world experiences of the Apple Watch.

Tearing up the leak, firstly, the Apple Watch is said to deliver five hours of battery life on ‘heavy application usage,’ while the mix usage should keep it running through a full day. Although the battery charging should be done nightly.

As The New York Times had reported previously, the Apple Watch will arrive with “Power Reserve” feature so your wrist-wearable can cut off unnecessary usage and save energy for the time face.

Most importantly, the Apple Watch will be able to load music straight from the iPhone with the help of a companion iOS app. Plus, you can even stream music directly from your Apple Watch to external speakers. The companion app will also let you rearrange icons on the watch from the iPhone, though it can be done from the watch, too.

Onboard, the Apple Watch will feature around 10 Apple apps: Heart Rate, Battery Life, Fitness Stats, Activity, Clock, Weather, Music, Quick Settings, Calendar, and Maps. And notably, there’s no keyboard either, all interactions are based on voice commands or swipes.

In order to turn off the Apple Watch, you’ll be required to long press the “communication” button on the side of the watch.

Well, the leak seems to be quite accurate, though it won’t be viable to assume all these leaks to be true. We’re just two days away from Apple’s “Spring Forward” event, where the company is expected to reveal more information on Apple Watch’s pricing, availability and maybe more.

Google Drive For Android Gets Drag And Drop Feature & More