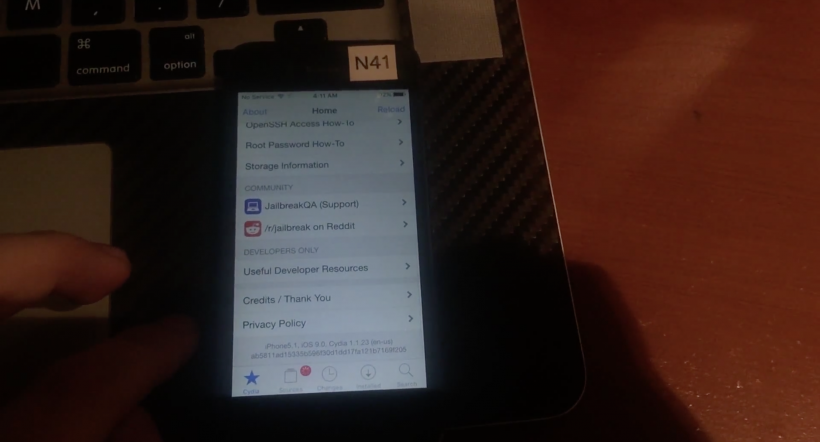 The infamous iPhone hacker Steven De Franco (aka iH8Sn0w) has posted a video to YouTube, demonstrating an untethered iOS 9 Jailbreak. The video shows off an iPhone 5 running iOS 9 with Cydia installed.

Poking into iOS 9 is fun. A little annoyed at some new things. But very surprised at how similar it is to iOS 8 internally.

Worth noting, iOS 9+ arm64 iDevices now enforce a checksum on __TEXT/DATA.const regions of the kernel through the use of TrustZone. Modifying said sections will cause the device to panic (either at kernel or EL3 will force a reboot if the kernel refused to gracefully panic). Essentially, it’s KPP (Kernel Patch Protection). You can race it though if you want to play with things. Just be quick! ;P

Also, there should technically now be two additional partitions (baseband_data [s1s3] and logs [s1s4]) but didn’t really bother with those as they weren’t critical.

Since Apple has already seeded the GM of iOS 9, its Jailbreak shouldn’t be far away.