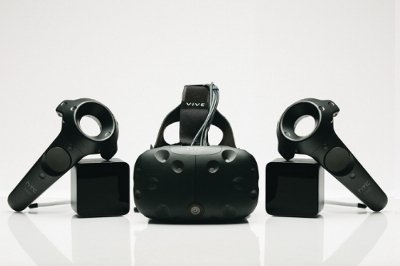 HTC announced its second-generation virtual reality headset in the form of Vive Pre at CES in Las Vegas. The Vive Pre, successor to the 9-month-old developer edition Vive, comes with an all-new front facing camera and room-scale technology.

The new Vive Pre features an updated strap design, providing greater stability and balance to the compact wearable and the wearer.

Interestingly, HTC has mounted a front-facing camera, which merges the reality and virtuality by blending physical elements into the virtual space.

“When we first announced Vive ten months ago we had an ambitious goal of fundamentally changing the way people communicate and interact with the world – forever,” comments Cher Wang, chairwoman and CEO, HTC.

“Since then Vive has received a phenomenally positive reception from media, industry commentators, consumers, and the hundreds of partners and brands we’ve been working with to deliver inspiring and dynamic VR content. For too long, the promise of virtual reality has been little more than a promise. Today we stand on the precipice of a new era. Vive is creating a world where the only limit is human imagination.”

The company has also enhanced Vive’s controllers with updated ergonomics and soft edges, greater balance, new textured buttons, and grip pads for comfortability in the hand. The controllers can now last for over four hours on a single charge. And the Vive base stations have been redesigned, too.

The HTC Vive virtual reality gear will launch sometime in April 2016, with pre-orders starting in February.