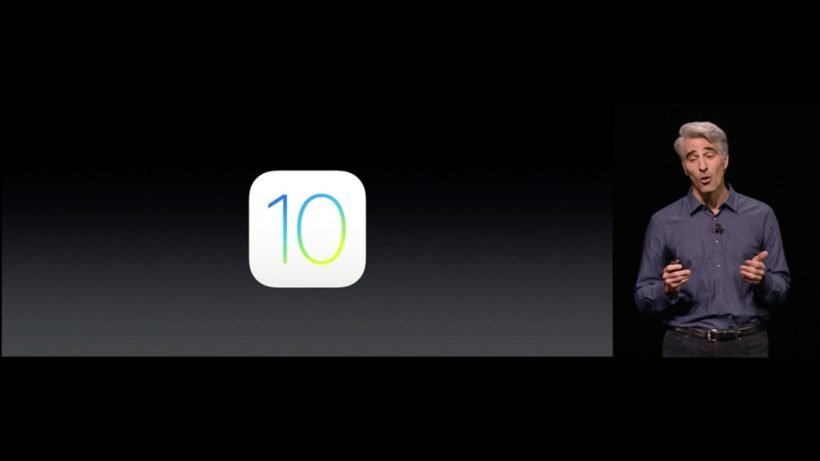 At WWDC in San Francisco, Apple announced the next version of iOS. Apple touts the update as “the biggest release ever of the world’s most advanced mobile operating system.”

The new operating system for iPhone, iPad and iPod Touch has been refreshed in terms of design, bringing a whole new lock screen, to start with.

The update brings numerous changes to core aspects of iOS. First off, the pressure sensitivity innovation, 3D Touch on iPhone, has gone beyond the boundaries to some extent. iOS 10 will now let you interact with notifications from the lock screen using 3D Touch. The 3D Touch feature is actually meant for performing immediate actions, instead of waiting for the entire processing to complete.

Another cool feature coming to iOS 10 is the ability to check notifications by raising the phone. The Control Center toggles also received a cleaner look and feel, along with a dedicated pane for music stuffs.

iOS 10’s iMessage is a revamp in itself. The messaging app has received one of the biggest updates in years. Rich link previews for images and videos are now supported, and emojis are now super-sized. Plus, full screen effects and animated messages are also available to use. Moreover, Apple has opened it to third parties.

And the expected news item, openness of Siri for third-party apps is true; with iOS 10 Siri SDK is now available to developers. More information regarding Siri SDK available here.

Actually there’s a bunch of advancements in iOS 10; Apple Photos now uses machine learning to analyze photos and automatically creates slideshows. Live Photos can now be edited, too. The Maps app has gone through a number of improvements, including traffic previews and information on food and gas stations.

Apple News has been completely redesigned, and now pulls in content from third-party. Apple Music now displays lyrics inside the app in a cleaner human interface. There’s also a new ‘Home’ app that can control all your HomeKit-compatible devices.

More information on iOS 10, which is scheduled to launch this fall, available here.