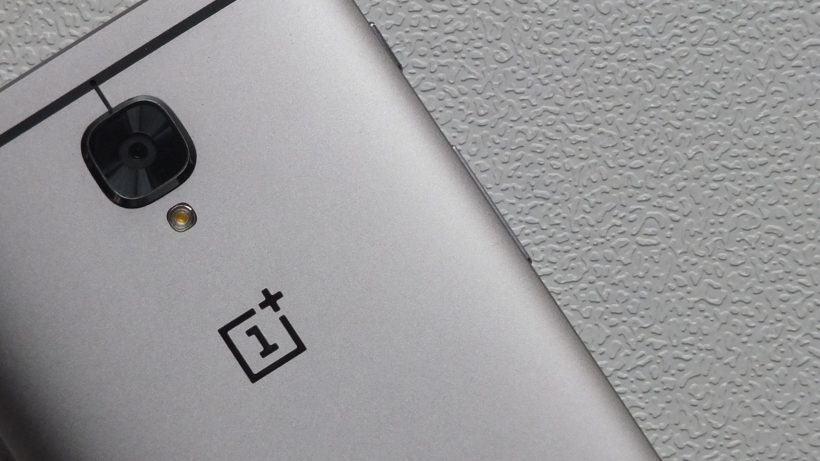 After using the OnePlus 3 for past couple of days, it’s time to share the views of my date with the 2017 Flagship Killer. The OnePlus 3 is premium, elegant, minimalistic – and obviously near pure for the software it runs on. If it was to give a thesis statement, here it is: ‘an absolute fair game for the price it offers.’

Let’s start the detailed breakdown of the OnePlus 3. OnePlus 3 Review, of course.

The foremost thing one would see is the design and the quality of suit it’s wearing. The OnePlus 3 offers a minimalistic look and premium feel at half the price of its competitors.

The OnePlus 3 sports an all-metal construction with some design inspiration from the likes of HTC and Apple. The aluminum finish and the antenna band reminds me of the iPhone or HTC One M9, while the raised camera makes it an M9 look-a-like. Replace the OnePlus logo with HTC’s, and it’s an HTC M9 (from the rear end). Apart from that, the build quality is just too good.

The faceplate of the OnePlus 3 is equally original with a fingerprint sensor punched at the bottom, accompanied by capatitive buttons on either side. The fingerprint sensor doubles as the home button, not the physical one but capacitive. 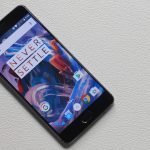 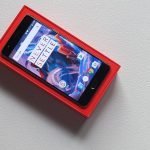 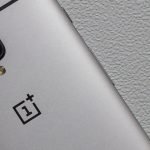 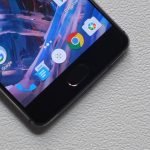 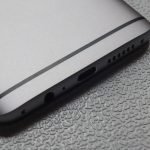 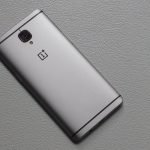 The alert slider enjoys at the top-left position, with three different profiles: normal, priority and silent. Of course, the priority settings can be managed via Settings. The alert slider on the OnePlus 3 comes very, very handy – especially to reduce your stress when you’re so down that you can’t event response to Taylor Swift’s messages. Swift, really?

The aluminum finish on the back makes the device somewhat slippery to hold, while the curved edges help to hold it in the palm firmly. Remember the OnePlus Sandstone case for iPhone? Looks like the company will need one for itself, too.

Following the footsteps of the OnePlus X, the OnePlus 3 sports an Optic AMOLED display. And what does that ‘Optic AMOLED’ display actually mean? Well, it’s a dual-polarizing layer meant for improved temperature and color. The luminous intensity of screen burns up to the edge of saturation, allowing you to use your phone even in the brightest day.

The Display on the OnePlus 3 will help you stay healthy in terms of sight. The handset has a well-calibrated system-wide night mode, and since AMOLED display doesn’t light up the black dots it also prolongs the battery life as well. Unlike the Night Shift on iOS 9, OxygenOS’ night mode has a plenty of options to toggle, especially the orange warmth and color temperature of the screen.

The fingerprint sensor equipped on the front is astonishingly fast as well as accurate. It’s blazing fast, actually.

Qualcomm Snapdragon 820, 6GB of RAM, and Adreno 530. Isn’t that supposed to be a killer combination of under the hood components? Of course, it is. And it matters when you’re on Android – specifically for the performance.

The Snapdragon 820 chipset addressed in the handset isn’t of any surprise, as we have already witnessed it in high-end models like Samsung Galaxy S7, HTC 10, and LG G5.

The attractive part of the OnePlus 3, beside its design, is the massive 6GB of RAM it has.

The 6GB of RAM, paired with Snapdragon 820, that OnePlus is boasting of in its flagship indeed provides a flawless performance without any lag. However, the comments from OnePlus 3 early buyers tend to reveal that only a select number of apps are allowed to use full 6GB of RAM – rest are restricted to only 4GB.

The 6GB of RAM doesn’t make the handset any faster than others as of yet, but future software updates are supposed to bring a whole lot of improvements to RAM management, which might give it a turbo boost than any other high-end model.

In my time, the OnePlus 3 played very well in real world – from handling complex tasks at a time to multiple of them simultaneously. Bouncing to and fro apps like Facebook, WordPress, Music, Messenger, Camera (and few others) couldn’t  break the ‘Flagship Killer’ title. And playing games on the OnePlus 3 is a real pleasure – no matter what you’re playing. Seriously!

The way OnePlus 3 deals with gestures is enough to make Galaxy S7 fans feel ashamed. The handset responses to a number of gestures when the screen is turned off. Swiping a “V” shape will turn on the torch feature, while the “O” shape will launch the camera, instantly. For those who can’t stand without music, swiping two fingers (like “II”) will automatically play/pause the music, and “<” and “>” will take you forward and backward through the playlist.

A perfect performer for the ‘Flagship Killer’ tag it carries.

The OnePlus 3 maintains a 7.4 millimeters thick profile, offering a 3,000mAh battery. The battery life is decent, as it lasted about almost two days on continuous usage in my time with the phone. The battery life actually depends upon the processes running while using the phone, so it varies from user to user. However, on a regular use it’s worth it.

Needless to worry about, the OnePlus 3 features USB Type-C fast charging – called Dash – which is likely a variant of Oppo’s VOOC charging technology (In case you didn’t know, Oppo is the parent organization of OnePlus). The Dash charging feature can power up to 60-percent in just 30 minutes of charge; it’s what you’re going to like the most about the OnePlus 3, everyday.

Not to forget, the metal chassis is so good that it stays icy cool even throughout the operations – heavy operations, I mean.

If you’re looking up to read about Storage, then sadly it’s limited to 64GB (53GB usable) with no microSD card support. To a regular user 64GB is huge, but if you’re a step above, then I think you should keep searching for better Cloud storage plan. Did I mention about the free 15GB of storage Google Drive has to offer?

The best thing OnePlus has done since its establishment is the camera optics in the OnePlus 3. Compared to the original OnePlus One and OnePlus 2, the OnePlus 3 houses a 16-megapixel Sony camera, with f/2.0 and OIS sensor, which is far better than the camera offering found in former OnePlus devices.

OnePlus 3’s camera is just super good in the entire OnePlus family, in my experience, but not as good as what other high-end models are offering. The photos captured in daylight are filled with precise details and are excellent, while the low-light shots are decent.

The improved camera app also has a manual mode, alongside slow motion, time-lapse, and panaroma, which lets you set your desired configuration for shutter speed, ISO, white balance, aperture so that you can unleash the photographer in you. 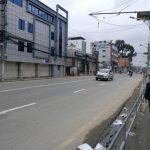 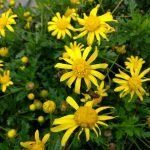 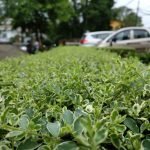 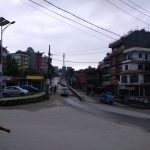 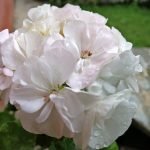 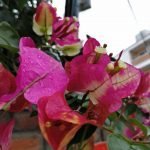 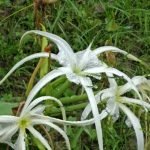 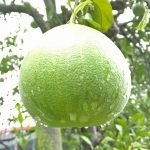 OnePlus’ in-house OxygenOS is what powers the handset. The OnePlus 3 ships with OxygenOS 3.1.2 atop Android 6.0.1 Marshmallow, providing a taste of nearly stock Android. Unlike Samsung and Huawei, OnePlus deals with Android in a way similar to Motorola’s approach, keeping the freshness of stock ROM.

The OxygenOS on OnePlus 3 maintains the purity of stock Android Marshmallow, tweaking certain aspects of it to provide a conventional user experience. The noticeable change here comes to Shelf, which slides from left to right. It features frequently used apps, contacts and widgets in a delightful way. There’s also a section for writing Memo by default. 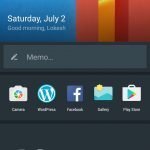 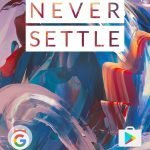 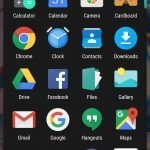 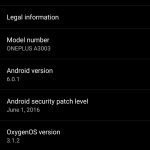 If you’ve $399 (exclusive of taxes) to spend on a smartphone, then make sure you do it for the OnePlus 3. After all, it offers much more than its price tag. Among the Android phones available out there, the OnePlus 3 steals the show: the Flagship Killer, obviously.

Whether you’re a journalist (like me), photographer, gamer, hobbyist, or a regular user, it doesn’t matter. The OnePlus 3 has a room for every personality in you – in almost all the aforementioned headings above.

Looking for an invite to buy the OnePlus 3? Gone are the days of the ******* invite system. You can purchase the handset right away. No invite required. Isn’t it the very best thing OnePlus has done till date? Of course, it is.

The OnePlus 3 is available to purchase from OnePlus’ official site.

If you’re in Nepal, the OnePlus 3 pre-orders are open now. The OnePlus 3 Nepal launch is scheduled for sometime in mid-july in the capital city of Kathmandu.