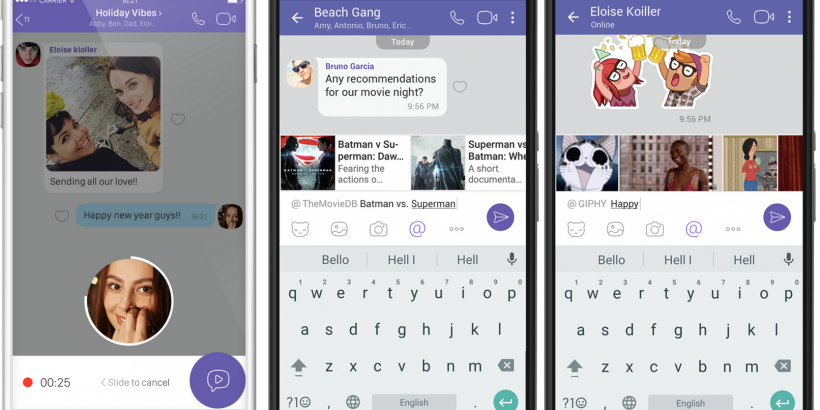 In the battle of messaging apps, Viber today released a handful of new features — and chances are that you’re already familiar with them on other apps.

The messaging app, which now has around 800 million users worldwide, adds support for instant video messaging. It allows you to send video clips of up to 30 seconds, with the help of video-messaging button (which toggles voice-messaging on a swipe) inside the chat window.

In addition to instant video messaging, what Viber has to offer is integrations with third-party services such as Giphy, TheMovieDB, and Wikipedia at launch. Called “chat extensions,” you can search for content hosted across these services using @ symbol within a message. Support for more such services is on the way.

The update is rolling out now on iOS and Android. Go, grab the update from respective app stores.

Nexus 6 to get Android 7.1.1 OTA update early next month

You can now use Prisma’s art filters on videos