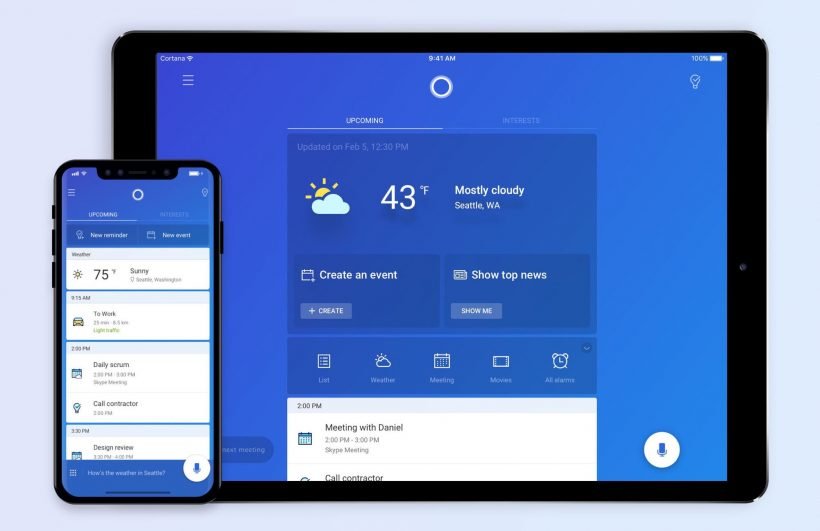 Microsoft has released Cortana for iPad. Cortana makes its iPad debut eight months after the smart assistant was available on iPhone last year. The iPad counterpart features a brand-new design for the larger screen with a much faster experience.

The Cortana digital assistant from Microsoft isn’t quite like Alexa or the Google Assistant, much like Siri, but is a Microsoft alternative for Siri — with enough limitations, thanks iOS. You can’t configure to replace Siri with Cortana (or any other assistant) on your iOS device, however.

The human interface is same as the iPhone counterpart, but with an interface optimized for larger screens and looks perfect on the iPad Pro line-up. Furthermore, the app now launches 20 percent faster on iOS devices.

Cortana can help you schedule appointments, set reminders, answer questions, alongside third-party integration with services like Netflix and Spotify. Microsoft Cortana is available on the App Store for free.