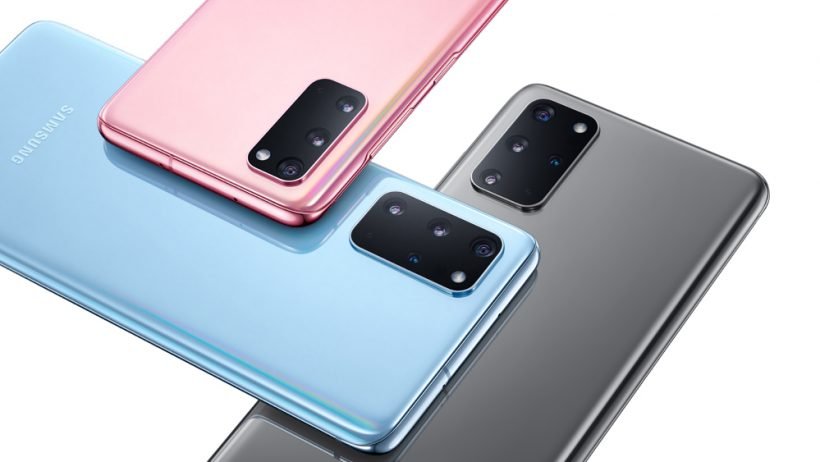 Samsung has announced the Galaxy S20 flagship series. The handset comes in three different variants, including the regular Galaxy S20, the larger S20 Plus, and the more premium S20 Ultra.

Let’s clarify the nomenclature of this batch of Samsung smartphones, first. The South Korean giant has skipped the S11 through S19 in terms of name, and has made S20 the successor to last year’s S10. I feel bad for the skipped numbers, but S20 looks pleasing to the eyes.

The Galaxy S20 flagship series share the same chip, sporting a Snapdragon 865 processor with support for 5G modem. However, the devices are significantly different from each other when compared.

This is the regular edition S20, which is also the lower-end phone in the Galaxy S20 line-up. The handset features a 6.2-inch Infinity-O Dynamic AMOLED display (120Hz) at a 3,200×1,440 resolution that’s powered by a 4,000mAh battery. The 5G variant comes with 12GB of RAM, and the LTE with 8GB of RAM. There’s also a slot for microSD card that can go up to an additional 1TB atop 128GB internal storage.

The Galaxy S20 has a triple-camera setup at the back comprising of a 12-megapixel ultra-wide and standard shooters alongside a 64-megapixel telephoto lens. The selfie shooter is a 10-megapixel camera. Available color choices include Cosmic Grey, Cloud Blue and Cloud Pink, starting at $999.

Now comes the plus one. The Galaxy S10 Plus bumps the display to 6.7 inches keeping everything else the same. It comes in 128GB, 256GB, and 512GB for the 5G variant, while the LTE counterpart stays at 128GB. Even the camera setup is identical to the regular S20 except for the addition of DepthVision sensor in the Plus.

Furthermore, there’s a power addition to the battery. Powering the S20 Plus is a 4,500mAh battery unit. The Galaxy S20 Plus comes in Cosmic Black, Cosmic Grey and Cloud Black, and start at $1,199.

And here come the S20 Ultra, the most power-packed rectangular slab in the Galaxy series. The Galaxy S20 Ultra stretches the 120Hz display to a 6.9-inch form factor on the Infinity-O Dynamic AMOLED display.

The Ultra brings handful of upgrades over the S20 and S20 Plus. While there’s a 5,000mAh battery included inside, the most notable feature here is the camera. The premium handset comes equipped with a 108-megapixel primary shooter along with 48-megapixel telephoto and 12-megapixel ultra-wide angle lenses. This can zoom up to 100x, which Samsung is calling “Space Zoom.” On the front, there’s a 40-megapixel selfie shooter.

Both LTE and 5G models come with 12GB RAM and 128GB/256GB storage, or with 16GB RAM and 512GB storage. All expandable up to 1TB with a microSD card. You’ll get a 25W charger in the box, but the Ultra can also support the super fast 45W charger that’s sold separately.

Pricing for the Galaxy S20 Ultra starts at $1,399 in Cosmic Black and Cosmic Grey color variants.